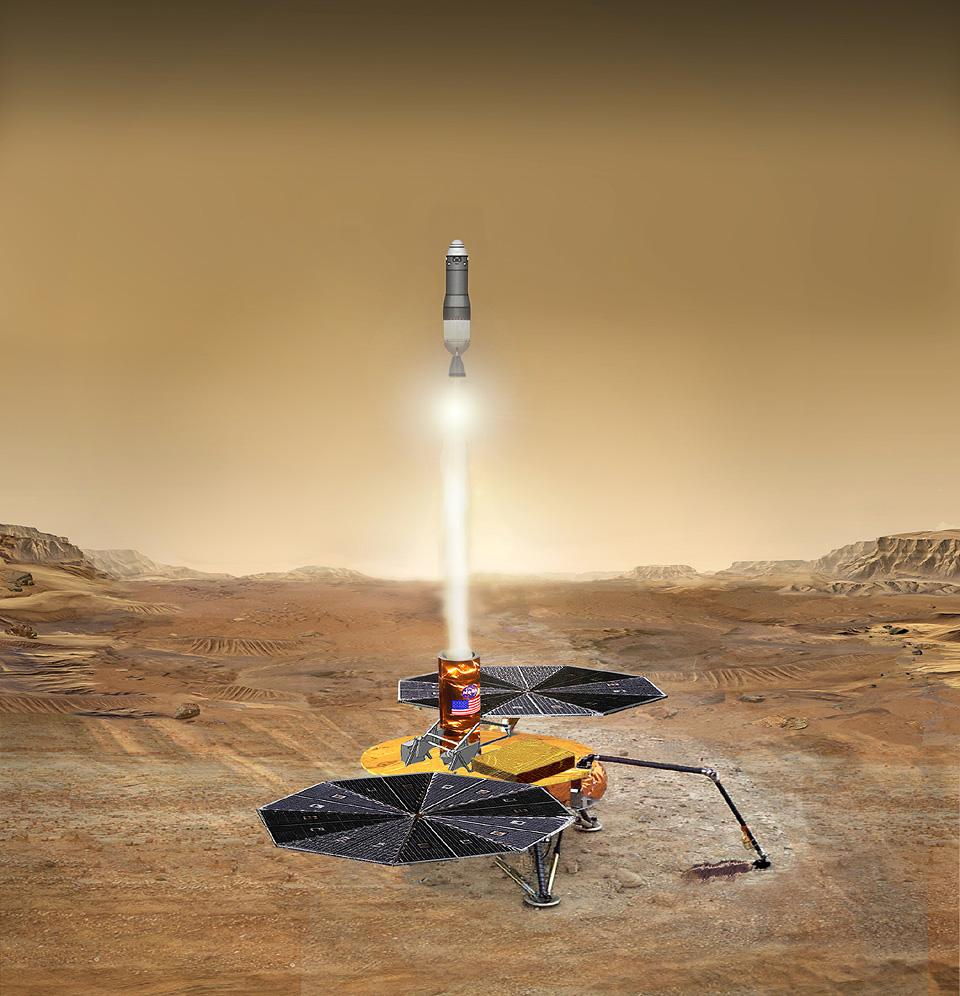 Perseverance will hunt for signs of ancient Mars life after its February 2021 touchdown on the floor of Jezero Crater, which hosted a lake and a river delta billions of years ago. But the nuclear-powered robot will also collect and cache at least 20 samples of Red Planet rock and soil for future return to Earth, so scientists can scrutinize the stuff in far more detail than Perseverance could ever manage on its own.

The returned samples have the potential to “change our understanding of the origin, evolution and distribution of life on Earth and elsewhere in the solar system,” Thomas Zurbuchen, associate administrator for NASA’s Science Mission Directorate, said during a prelaunch news conference on Tuesday (July 28).

NASA has conducted sample-return missions before. The Apollo astronauts hauled home 842 lbs. (382 kilograms) of moon rocks between 1969 and 1972, for example, and the agency’s Stardust mission returned flecks of comet dust to Earth in January 2006.

In addition, NASA’s OSIRIS-REx mission is preparing to snag samples of the asteroid Bennu, which will make it here in September 2023 if all goes according to plan. And NASA isn’t alone in the sample-return game. Japan’s Hayabusa2 probe will land pieces of the asteroid Ryugu this December, and the original Hayabusa returned grains of the stony asteroid Itokawa to Earth in 2010.

But nobody has successfully executed an interplanetary sample-return mission yet, and it’s not hard to understand why. Such an effort is incredibly complex, time-consuming and expensive, especially when the material coming back to Earth may bear signatures of alien life. (Russia tried to send a sample-return mission called Phobos-Grunt to the Mars moon Phobos in 2011, but the spacecraft crashed back to Earth after a launch failure.)

Consider the campaign that Perseverance’s launch just initiated. The nuclear-powered rover will snag a few dozen carefully selected samples, storing the precious material in sterile tubes that will be cached somewhere in Jezero Crater. (Perseverance might also hold onto some of the samples, mission team members have said.)

The next step, if all goes according to the current (provisional) plan, comes with two launches in 2026. One launch will send the NASA-led Sample Retrieval Lander (SRL) mission toward Mars, and the second will loft the Earth Return Orbiter (ERO), which is helmed by the European Space Agency (ESA).

The SRL includes a rocket and a small, ESA-provided “fetch rover,” which will do exactly what its name indicates: find the cached samples and bring them back to the lander. The samples will then be loaded into a football-size canister on board the rocket, which will launch itself into Martian orbit.

The Mars samples will then be transported to a receiving facility in a location that has yet to be determined, where scientists will start taking stock of their newly delivered cosmic treasure.

A big part of the initial assessment will involve ensuring that the Mars material poses no threat to life on Earth. This is no idle concern, given that the Red Planet was likely habitable in the ancient past and parts of it — subsurface aquifers, for example — may still be capable of supporting life as we know it today.

The receiving facility’s design will therefore be modeled on labs that handle and study the most dangerous contagious pathogens on Earth, said NASA Planetary Protection Officer Lisa Pratt.

“Not that we really think there will be anything pathogenic or highly dangerous from Mars,” Pratt said in the July 28 news conference. “But we’re going to be extremely cautious.”

Again, the NASA-ESA retrieval plan has yet to be finalized; the dates or other details could change. But a major architectural overhaul is unlikely.

Related: The search for life on Mars (a photo timeline)

Scientists have been studying pieces of Mars here on Earth for decades — Red Planet rocks that made their way to Earth after getting blasted into space by powerful impacts. Indeed, one such Mars meteorite, known as Allan Hills 84001, bears what some scientists have interpreted as likely signs of Red Planet life. (Most other researchers regard the evidence as inconclusive, however, and debate continues to this day.)

For starters, Mars meteorites are hardly pristine; they’ve endured trips through two planetary atmospheres and millions of miles of deep space, as well as lengthy stays on our planet’s messy, life-shaped surface. But the material selected by Perseverance, the centerpiece of NASA’s $2.7 billion Mars 2020 mission, will be hermetically sealed immediately after collection.

In addition, Mars meteorites are random chunks that tend to be volcanic and young. Rocks from Jezero Crater, on the other hand, are billions of years old and preserve a history of a potentially habitable environment. And the rover team will get to pick the most intriguing samples from this already promising lot.

“The great thing about Perseverance is that, instead of nature choosing for us, we will get to choose which rocks come back to Earth, along with our careful documentation about where and why they were collected,” Chris Herd of the University of Alberta in Canada, a Mars 2020 returned-sample scientist, said during the July 28 news conference.