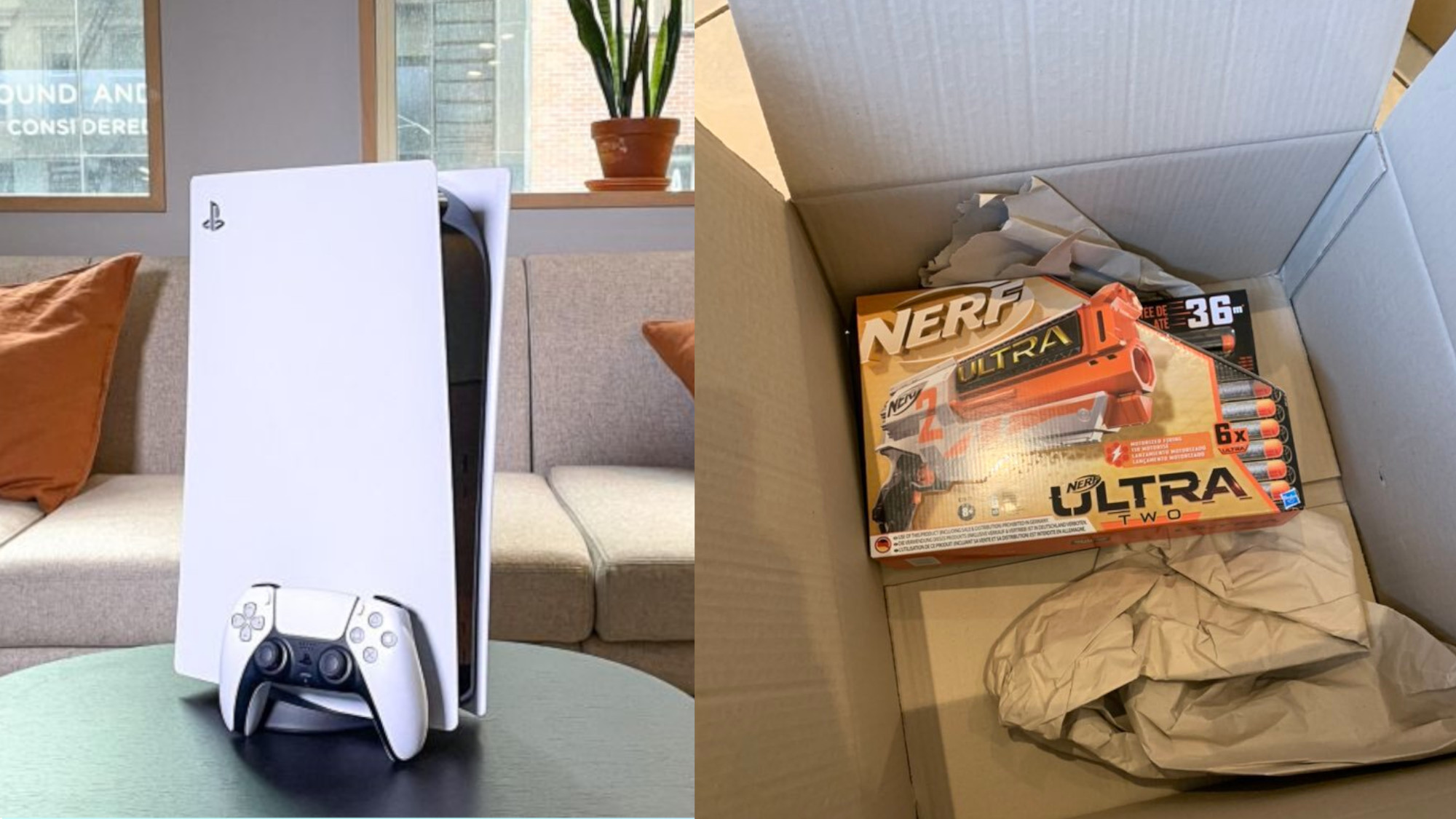 Amazon UK customers have been venting on both Twitter and Reddit, describing a not insignificant number of PS5 orders being received with other items instead, from foot massagers to rice.

In some cases it looks like delivery drivers could be stealing PS5 units from customers. In a statement to Eurogamer, Amazon has acknowledged the issue.

“We’re all about making our customers happy, and that hasn’t happened for a small proportion of these orders,” said an Amazon spokesperson to Eurogamer. “We’re really sorry about that and are investigating exactly what’s happened. We’re reaching out to every customer who’s had a problem and made us aware so we can put it right. Anyone who has had an issue with any order can contact our customer services team for help.”

According to Eurogamer, who spoke to individuals affected, so far Amazon customer service is asking customers to wait 48 hours before a formal complaint can move forward. Some have been offered a five pound gift card.

On Reddit, multiple users are reporting instances of delivery drivers stopping outside their homes, marking the package as delivered, and then driving off. Per those threads, Amazon customer support suggests users submit any footage of the incident to local police and file a report.

Unfortunately, for users who received a George Foreman grill in lieu of a PS5, finding another unit will be difficult. Unless Amazon can guarantee these users will get their PS5s during the next wave of shipments, another unit will be hard to track down given the demand.

The exact same thing happened to me, I got a George Foreman grill! Looked like the box had been opened at some point aswell. Now I can’t get a replacement because there is no stock anywhere in the UK even though I pre-ordered it 2 months in advance! pic.twitter.com/Cmg3BzVhvgNovember 20, 2020

Another Twitter user, who was patiently awaiting his PS5, noticed a van pull up and drive away to a house down the block. He went and confronted the driver only to find that the QR code had been damaged and the box had been opened.

So, @AmazonUK looks like someone has stolen my (day late) PS5. Right outer box, wrong item. Where can I get help? @AmazonHelp @PlayStationUK pic.twitter.com/qBIZ3RHl1INovember 20, 2020

A curious case occurred with Digital Foundry senior staff writer Will Judd. His PS5 was taken to his neighbor’s house, even though he was at home. His neighbor said he agreed with the courier to take the box on Judd’s behalf, only for the courier to walk off with the PS5.

It should be noted that the vast majority of Amazon customers did receive their PS5s, but the duplicity from some delivery drivers is troubling, especially during a pandemic when people are stuck at home starved for entertainment.