We know all about the best gaming monitors, but sometimes the best isn’t always the most affordable. When it comes to finding that balance between inexpensive but feature-rich gaming monitors, ViewSonic has been living firmly in that world for a long time now. The ViewSonic VX2768-2KP-MHD 27-inch IPS gaming monitor is down to $279.99 at Amazon. That’s a $40 discount compared to what it normally sells for, and it has never dropped this low before because it’s a relatively new monitor. This model is even less expensive with today’s deal than the previous generation, the ViewSonic VX2758-2KP-MHD, which is currently $300 on Amazon. And it benefits from an extra HDMI port and overall improved design. 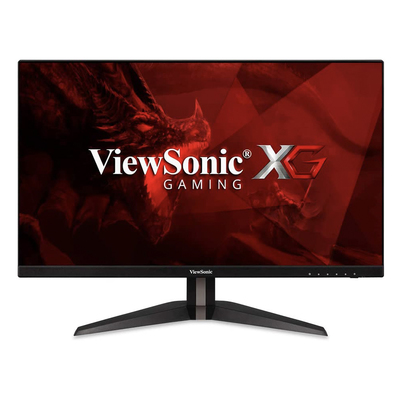 The monitor has a 2560 x 1440 pixel resolution, a 144 Hz refresh rate, and a 1 ms response time. It looks great, delivers fast performance, and reduces input lag and motion blur altogether. It is very rare to find this mix of specifications in a monitor that’s less than $300 and has an IPS panel. IPS panels tend to be more expensive, so this is a really good bargain. You’ll get a great color gamut and 178-degree horizontal and vertical viewing angles thanks to the panel.

The display also has adaptive sync technology that works with AMD graphics cards and Nvidia graphics cards from the 10xx or 20xx series. The connectivity includes two HDMI and a DisplayPort. You’ll want to connect via the DisplayPort to get the 144Hz refresh rate and G-Sync if you’re using Nvidia gear.

Other features include 100 x 100mm VESA wall mounting, 2-watt built-in speakers, and 250 nits of brightness. That’s not quite bright enough for any real HDR support but it’s not bad at all. ViewSonic also has some stuff built in like Blue Light Filter and Flicker Free technology to help with eye fatigue after long sessions.