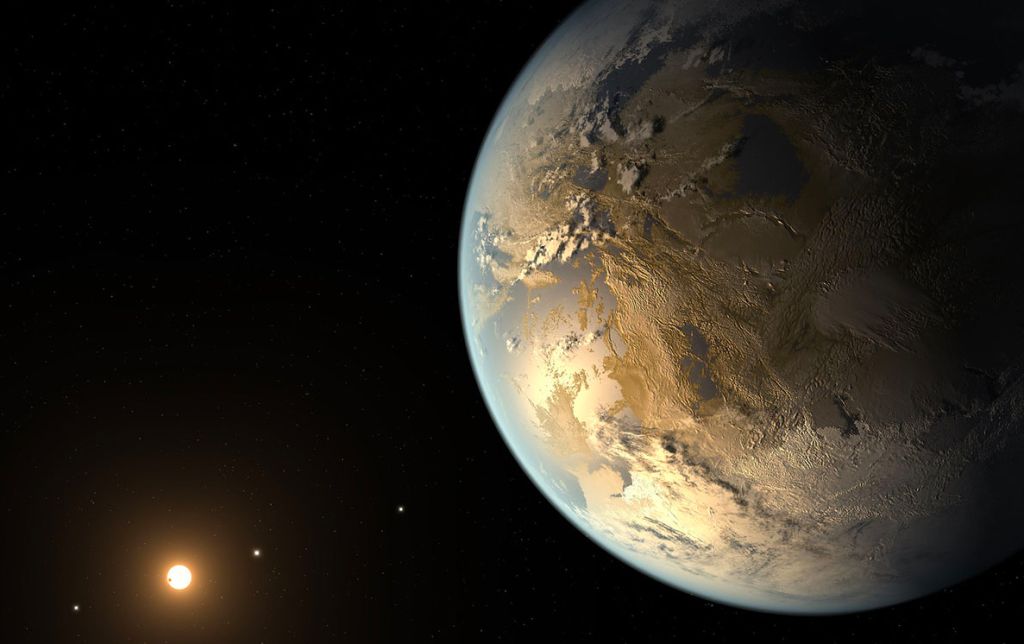 In the hunt for life outside the Earth, astronomers are keen to spot exoplanets in the “habitable zone,” — the region around a star where liquid water can exist on a planet.

While most research about the habitable zone has focused on a star’s brightness (as temperature dictates whether water on a planet could be liquid, ice or gas), new research is showing that this is an extremely simplified and naive picture. The true test for whether or not a planet could host life may, in fact, rest in the noblest of gases: nitrogen.

One size fits all

As far as we understand life (and, since we only have one example to work with (life on Earth), we don’t have much to go on), life needs liquid water.

Water is the ultimate solvent and it’s the place where all the interesting life-sustaining chemical reactions can take place. And while water — the familiar combination of two parts hydrogen to one part oxygen — is the most common molecule in the universe, it’s unfortunately only rarely in a liquid state suitable for life.

Most water is either frozen, locked up in comets, on vast ice sheets blanketing frigid worlds or trapped in a gas, evaporated by the intense heat pumped out by stars. Liquid water is exceedingly rare, found only in certain special circumstances.

One of those certain special situations is the state that Earth has found itself in. Our home planet is not too far from the sun for its water to turn to ice, and it’s not too close that it gets blasted into gas. Earth is at just the right distance from the sun to allow for liquid water to remain on its surface.

This is the so-called “habitable zone” (also called the “Goldilocks zone,” because the solar soup is neither too hot nor too cold). Every star has its own habitable zone, depending on its size, temperature and brightness.

In the game of hunting for life outside the Earth, the first place astronomers look for planets is in the habitable zone of their parent star. Sure, there could be other places where life flourishes, but since Earth is the only example of life we’ve actually seen, it’s our best bet to find an extraterrestrial friend.

Alas, the universe is not that simple, at least according to new research recently appearing in the preprint journal arXiv.

Using a suite of computer simulations to recreate atmospheric conditions on exoplanets, or planets outside of our solar system, the researchers behind the paper studied a plethora of potentially habitable systems. They changed the size and type of the planets’ parent stars, the characteristics of their planetary orbits, the amount of liquid water already available to the planets when they formed and, most importantly, their atmospheres.

Researchers have previously studied the impact of a planet’s atmosphere on its climate. The most notable gas is, of course, carbon dioxide, which is a greenhouse gas that has garnered quite a bit of attention here on Earth as it’s a leading driver in climate change. Greenhouse gases are capable of trapping heat within a planetary atmosphere, and by changing that just a little, you can drastically alter the temperature history of an entire world.

For example, consider our sister planet Venus, which also sits within the habitable zone of the sun. However, thanks to an overload of carbon dioxide in its distant past, it experienced a runaway greenhouse event and now has the hottest surface temperatures of any planet in the solar system. And it’s most definitely not habitable.

But carbon dioxide isn’t the only gas to float around planetary atmospheres. There’s also nitrogen. Since it’s a noble gas, it’s pretty much inert and doesn’t participate in many active biological processes. Yet, it makes up over 80% of Earth’s atmosphere, and without it, we … well … wouldn’t have an atmosphere.

Related: 9 Strange, Scientific Excuses for We Haven’t Found Aliens Yet

The researchers behind the simulations in this new study found that nitrogen plays a huge role in determining the overall temperature of a planet — and, therefore, its habitability. What’s even more complicated: it’s not a simple relationship, more nitrogen doesn’t necessarily just make a planet warmer.

For example, if a planet’s atmosphere isn’t too thick and there’s lots of water present, adding nitrogen can cause significant heating, because the added atmospheric pressure increases the effectiveness of greenhouse gases like carbon dioxide and water vapor. On the other hand, on a relatively dry world, more nitrogen more easily scatters starlight away, leading to dramatic cooling.

The end result is that two worlds orbiting identical stars with identical orbits with similar surfaces but different amounts of nitrogen can have dramatically different temperatures and can be seriously hard to predict.

Because it’s a noble gas, nitrogen also doesn’t emit or absorb radiation at visible or infrared wavelengths. This makes it frustratingly difficult to detect in the atmospheres of alien worlds. So, even if a planet sits in the Goldilocks zone of its star, unless we get a handle on its nitrogen supply, we won’t know if it’s truly habitable.