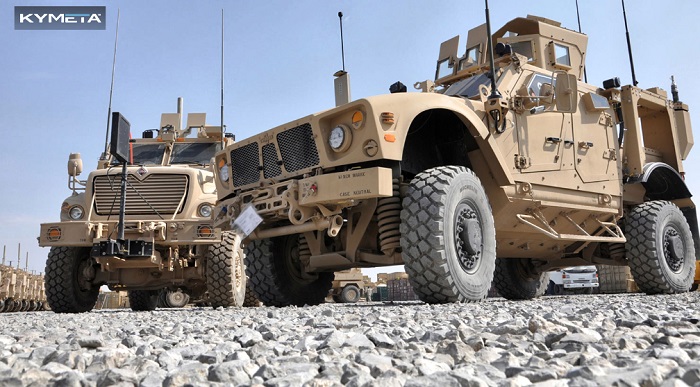 Kymeta announced that it will begin offering the first commercially available iDirect TRANSEC network, ensuring that its customers and partners can receive the highest levels of encryption, authentication, and traffic concealment, exceeding the current requirements outlined by the U.S. government. This first-of-its-kind satellite service offering provides full compliance with numerous Federal and DOD standards, including the January 2021 DOD Instruction 8523.01. This new service paired with the Kymeta u8 GOV, which includes iDirect’s 950mp modem, along with iDirect’s latest interference mitigation software allows for the most secure and reliable satellites services to date.

The Kymeta Global TRANSEC Secure Network (GTSN), supported by Lepton Global Solutions, a Kymeta company, offers the highest level of security, encryption, and authentication while maintaining the quality of service needed to support voice, video, and data over satellite. It precludes adversaries monitoring the TRANSEC-enabled network from extracting any useful information from the protected network.

The iDirect Government 950mpthat over the past 18 months they have seen significant demand for secure, uninterrupted satellite communications from the U.S. Government and other customers. With the launch of this new service, they will be able to deliver on what has been needed and mandated. TRANSEC requires all system control channels to be encrypted so that any traffic engineering information is obfuscated from an adversary, making their TRANSEC-enabled network highly secure and capable of mitigating threats and maintaining operational security.

The Kymeta Global TRANSEC Secure Network covers the U.S., Middle East and Europe and secures VSAT transmissions from interception and exploitation by incorporating encryption inherent in COMSEC, conforming to 256-bit AES as specified by the Federal Information Processing Center (FIPS) 140-2. The integration of the iDirect 950mp modem in the u8 GOV offers government, military and other users who require enhanced security features the same revolutionary software-defined, electronic beam steered antenna system with the ability to operate on iDirect’s Government platform, including TRANSEC. iDirect Certificate Authority (CA) issues x.509 digital certificate to ensure proper authentication between the remote terminal and the hub.

Kymeta Global TRANSEC Secure Network is compliant with existing FIPS 140-2 certification from Level 2 to Level 3 requirements as defined by the National Institute of Standards and Technology (NIST). The TRANSEC network is available, and compatible with the Kymeta u8 and other hardware used in the industry.

Kymeta recently launched its next-generation antenna, terminal and services in Q4 of 2020, and has received an overwhelmingly positive response from the industry.