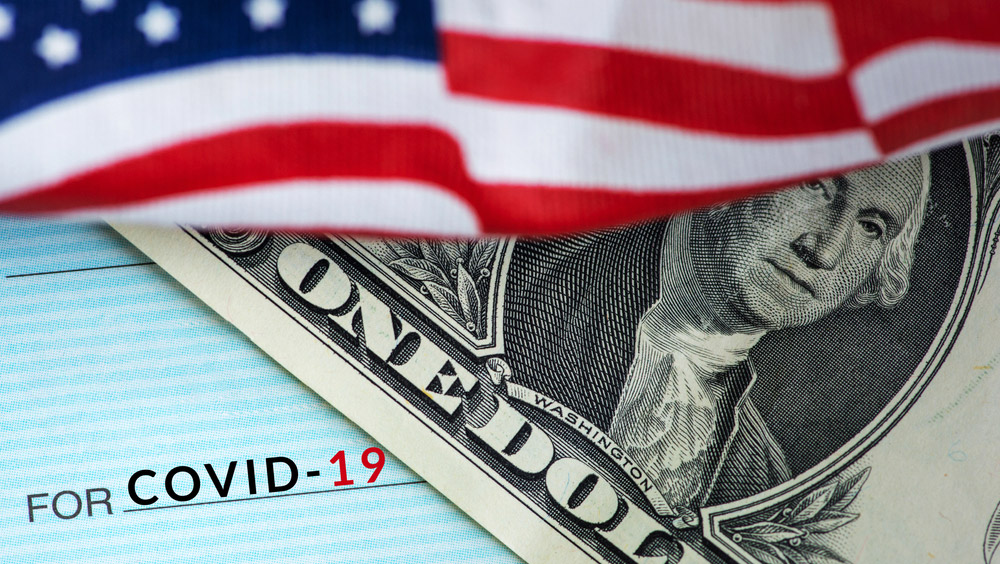 A third stimulus check is part of the $1.9 trillion stimulus bill, officially called the American Rescue Plan Act of 2021, that was passed by the House of Representatives last week.

As we await a Senate vote this weekend, you may be wondering about the timeline of the third stimulus check, or how to use a calculator to find your stimulus check amount, since the income limits have already changed.

A Monmouth University poll found that 62% of Americans support the new bill. But until both chambers of Congress pass it and President Joe Biden signs it, the third stimulus check amount and eligibility are up for negotiation. The relief framework’s additional aid is subject to debate, too.

The latest third stimulus check update is that the check amount will be $1,400, which, when coupled with the previous $600 check from December, would get $2,000 to all eligible Americans.

The third stimulus check eligibility guidelines are more generous to dependents than they were for the first and second checks, but less generous in terms of income limits.

People who make up to $75,000 a year, according to their most recent tax returns, will still qualify for the entire payment. Couples filing jointly will get the full payment if they have a joint total income of $150,000 or less.

Above that limit, the amount of money distributed decreases rapidly, and individuals who earn more than $80,000 per year or $160,000 per year as joint filers will get nothing. The version of the American Rescue Plan Act passed by the House last week put those income caps at $100,000 and $200,000, but Senate Democrats lowered those upper limits.

Dependent children up to age 23, as well as elderly parents dependent upon adult children, may also qualify for the full $1,400, a big change from the previous two bills.

Here’s everything else we know about the proposed third stimulus check, including new details on where it stands.

The Senate voted on Thursday (March 4) to open debate on the American Rescue Plan Act, which was immediately followed by a 10-hour voice reading of the entire 628-page bill.

That unusual measure was demanded by Sen. Ron Johnson (R-Wisconsin), who is trying to delay passage of the bill as long as possible. (Senate clerks, not Johnson, took turns reading out the pages, but at least one Republican senator had to be present for the entire reading.)

Around noon on Friday (March 5), the Senate will begin open debate. Due to the special nature of this bill, the debate will be conducted according to a procedure  called “vote-a-rama.” Any senator can offer an amendment to the bill, which must immediately be voted on by the full Senate.

This process could last well into Saturday morning. Republican senators will likely offer several amendments to water down the amount of the stimulus checks or unemployment-benefit supplements.

If they can get a few Democratic moderates to agree and those amendments are added, the bill might lose the support of some progressives in the House, where Democrats have few votes to spare.

On the other end of the ideological spectrum, Sen. Bernie Sanders (I-Vermont) plans to re-insert the $15-per-hour minimum-wage hike that was removed from the bill by Senate leadership earlier this week.

That removal came after the Senate parliamentarian ruled the provision did not qualify for the special budget-reconciliation process that will let the Democrats pass the bill with a simple Senate majority. At least two Democratic senators are opposed to the $15 minimum wage, which made its removal politically necessary in the evenly split chamber.

Senate Majority Leader Chuck Schumer (D-New York) plans to keep the Senate in session over the weekend until the American Rescue Plan Act is passed. After that, the bill must return to the House for a second vote to approve the changes the Senate made before it goes to the White House for President Biden’s signature.

Despite the removal of the minimum-wage provision and the reduction in income limits, the legislation still includes the $400 weekly emergency jobless-benefit supplements that were in the version the House approved.

If you haven’t received your first two stimulus checks, you might have to claim it on your next tax returns using the Recovery Rebate Credit. You can check the status of your second stimulus check using the Get My Payment tool on IRS.gov.

Democratic leaders are aiming to send the entire stimulus package to Biden’s desk before March 14, when the current round of federal unemployment-benefit supplements will expire. (Unemployment benefits are normally paid by states, but the federal government is helping out the states during the pandemic.)

Whether the American Rescue Plan Act meets that deadline depends on how smoothly the bill sails through the Senate and then through the House again.

The Senate GOP could try to insert “poison pills” into the legislation that would make it unappealing to House progressives, who are already angry about the removal of the minimum-wage provision and the lowering of income caps.

The House passed the earlier version of the bill 219-212, with all Republicans and two Democratic moderates voting against the bill. House Speaker Nancy Pelosi (D-California) doesn’t have much room to spare for the bill’s repassage.

Once Biden signs the bill, the IRS can begin making direct deposits within a couple of business days and begin mailing out checks a few days later. The process will be more rapid than for the first stimulus checks from nearly a year ago because the framework is already in place.

The Senate is scheduled to begin debate on the $1.9 trillion American Rescue Plan Act starting around noon Friday (March 5).

According to CNN, the Senate has allotted 20 hours for the hearings. After the debate is over, the Senate will begin the vote-a-rama process, with the stimulus bill vote included. This means the final vote could take place by the end of the day Sunday (March 7).

The third stimulus check is worth $1,400 for Americans who make $75,000 or less per year. When President Joe Biden proposed the third round of payments, he said they’ll supplement the $600 payments that began going out late last year.

In the first two stimulus bills, people who earned $75,000 or less per year according to their most recent tax returns qualified for the entire stimulus check. Joint filers who earned up to $150,000 per year were also eligible for the entire amount.

Because the payment amounts were different between the first two bills, the income cutoff to get any money at all was $99,000 for single filers for the first check, but only $87,000 in the second check. The cutoffs were double those amounts for joint filers.

The American Rescue Plan Act, in its current form, also stipulates that dependents up to age 23, as well as senior parents living with adult children, will qualify families for additional $1,400 payments. That means that most Americans who are dependents of someone who earns up to $75,000 would be eligible for the third stimulus check.

Third stimulus check calculator: See how much you’re eligible for

The third stimulus check calculator could be useful to know how much you money you’ll get as you look into your next few months of personal finances. It’s also useful to read up on the best ways to spend your stimulus check if you don’t already have a plan for your payment.

How it works: Go to https://www.forbes.com/advisor/personal-finance/third-stimulus-check-calculator/. Complete the short questionnaire. Enter how you filed your taxes (single/joint), how many children you have and your adjusted gross income (AGI) for 2019.

Third stimulus check dependents: How much will children get?

Under President Biden’s current plan, more dependents will be eligible for stimulus checks than in previous relief legislation. Dependents age 23 or younger and elderly parents living with their adult children all qualify.

If you meet the complete stimulus check income limit requirements and claim a dependent, you’ll receive an additional $1,400. A family of four could get $5,600, for example.