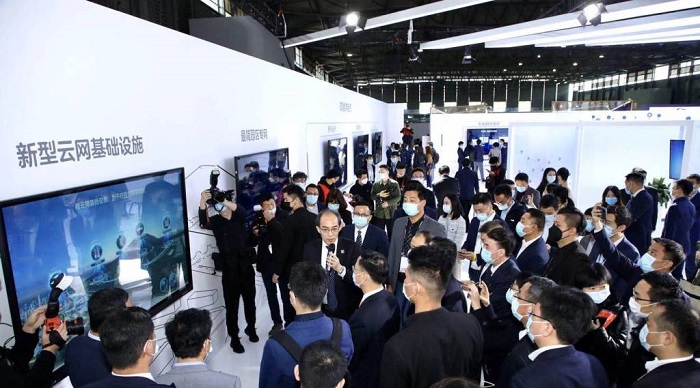 GSMA announced that MWC Shanghai 2021 event that was held in February attracted around 25,000 attendees from 114 countries and territories. In the Covid era with extensive travel restrictions, this is an outstanding result. The My MWCS Online portal transformed the three-day event into a truly global affair which accounted for approximately 30 percent of attendee turnout. Another 175,000 people viewed presentations, keynotes, and other program components via the event’s official media partner, C114.

Content from the event remains available over the next few weeks and can be accessed here.

As Asia’s leading exhibition and conference for the mobile ecosystem, MWC Shanghai attracted leaders across mobile and adjacent industries. With 350 speakers and senior-level executives making up around 58% of the conference crowd, including 576 CEO’s, the event spanned 50,000 sqm across the Shanghai New International Expo Centre and Kerry Hotel Pudong. Playing host to 220 exhibitors and sponsors, the event was once again carbon-neutral and included discussion of the mobile industry’s actions on reducing carbon footprints.

John Hoffman CEO at GSMA Ltd. said that MWC Shanghai 2021 was a resounding success, safely held with enhanced Covid precautions, and despite extensive domestic and international travel and capacity restrictions triggered by the global pandemic. The event went ahead as a positive signal of the industry’s determination to connect people, industry, and society and contributing to global recovery. He also mentioned that China has demonstrated an extraordinary commitment to growing the 5G landscape and was the perfect choice to launch their MWC series for 2021. He further went on to thank the Ministry of Industry and Information Technology, Cyberspace Administration of China, Shanghai Municipal People’s Government and Pudong New District Municipal Government, our Board, Partners, Exhibitors, Sponsors, Speakers, the Press, and all involved in the event and made MWC Shanghai 2021 a reality.

The Place to Launch New Products

MWC Shanghai 2021 was also a platform for product innovation, including a range of pioneering devices from leading players. Amongst the line-up was ZTE’s Axon 30 smartphone, its latest endeavor to design a phone with a selfie camera hidden under the display. Oppo showed a 125-watt flash charger, which can fully recharge a smartphone in 20 minutes. Huawei, meanwhile, presented its folding Mate X2 handset, which the company proclaimed can be closed without there being a gap around the hinge, an issue that has plagued similar designs.

Their new 5G Innovation Zone gave start-ups and entrepreneurs a platform to connect with investors and become future disruptors. The zone included 80 exhibitors, displaying immersive 5G experiences that leveraged China Telecom’s 5G, Cloud XR, and Digital Twin technologies, creating a unique experience for participants by moving them from the physical space into the virtual dimension. It removed physical constraints and greatly enriched the quality of the exhibition.

It also showcased how the most cutting-edge 5G thinking and technology is already serving society, providing in-person and virtual guests with the opportunity to explore the best examples.

The Asia Mobile Awards are always a highlight of MWC Shanghai, and this year was no exception. The Outstanding Contribution to the Asia Mobile Industry Award recognizes sustained or extraordinary contributions by individuals, organizations, or collaborative achievements that advance the value and benefits of mobile communications for people, businesses, and societies in Asia. This year, Mats Granryd, Director General of the GSMA, was proud to announce joint winners, Wang Xiaochu, Chairman and CEO of China Unicom, and Ke Ruiwen, chairman and CEO of China Telecom, for the world’s largest 5G commercial network sharing project.

The second honor, Smartphone of the Year, is awarded for outstanding performance, innovation, and leadership as determined by assessing smartphones on the market during the last 18 months. John Hoffman announced the 2021 award went to Apple for the Apple iPhone 12 Pro Series. The judges also gave a special commendation to the Samsung Galaxy Z-Flip for continued innovation and development in the flexible display field.