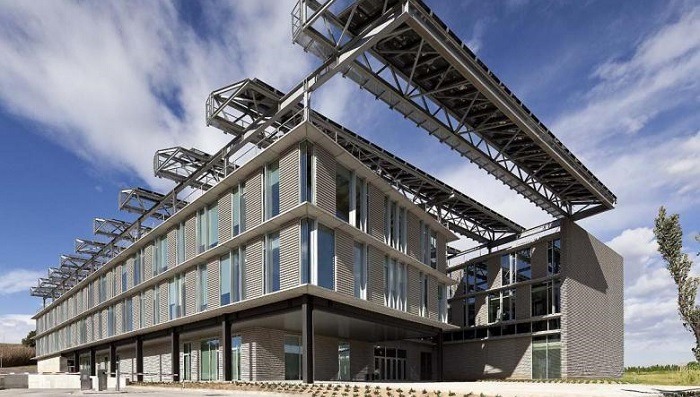 The General Director of Space and Science at SENER Aeroespacial, Diego Rodríguez, presented the new integration, testing and production facilities for space and astronomy systems and devices. Located in SENER’s offices in Cerdanyola del Vallés, a sustainable and modern building designed by its own team of architects, on a 7500 sq-m plot with an above-ground GFA of 16000 sq-m, the building houses over 300 professionals from different disciplines, including engineers, mathematicians, physicists and architects.

Accompanied by Albert Febrer, Head of the Communications Division Production Area, he gave a tour of the 1000 sq-m white room, which is under controlled conditions and constantly monitored for temperature, humidity and particles, in accordance with the standards of the space industry. This room is divided into:

The white rooms are equipped with all the means required to manufacture and validate electronic equipment onboard satellites, as per the standards of the European Space Agency and NASA, as well as of the main satellite manufacturers in Europe and the USA. They also incorporate the most advanced production and testing equipment at present. Currently, some 40 production personnel work on projects for ESA, such as Meteosat Third Generation, Metop Second Generation and Biomass, and also for the commercial market, with equipment for Spainsat Next Generation and the OneSat platform. 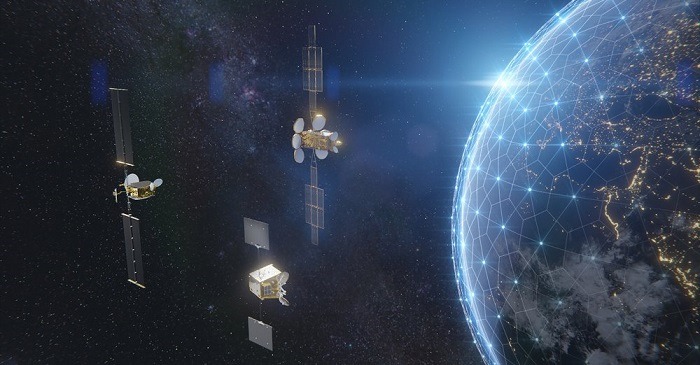 In statements by Diego Rodríguez, he noted the significant investment in high-tech equipment: “This investment exceeds 5 million Euros, which is on top of the 70 million invested previously in 2018 with the acquisition of the TRYO Aerospace & Electronics group. In total, this 75-million Euro investment consolidates SENER Aeroespacial‘s capabilities in communications systems for specific applications that are not only relevant to institutional or commercial space markets, but also to land-based communications markets (civil applications in Air Traffic Control and Broadcast).”

SENER Aeroespacial has a track record of working on more than 1,500 satellites and space vehicles. It supplies telemetry, tracking and command (TTC) antennas, all types of antennas, passive and active RF devices to leading international communications satellite manufacturers, as well as to the New Space programs. SENER Aeroespacial currently supplies power (SSPA) and low-noise (LNA) amplifiers that use GaN technology for Airbus’s OneSat and Spainsat NG satellites, and its components are present in constellations such as Galileo, Globalstar 2G, O3b, Iridium NEXT and OneWeb. And new contracts are expected in 2021 for programs such as GlobalStar, Telesat and SES Next.

In addition to communications equipment, SENER Aeroespacial is a European leader in precision mechanical systems for satellite platforms and instruments, having taken part in the main programs of the ESA and NASA space agencies, with a 100% reliability rate. Its technology is present in important missions, including Hubble, Rosetta, SMOS, Pleiades, Herschel and Planck, JUICE, Athena, Solar Orbiter, Proba-3, Gaia, BepiColombo, ExoMars, Curiosity, Euclid, LISA Pathfinder, MTG, FLEX, LOP Gateway and Mars2020, Earth Explorers, Copernicus and Galileo. In launchers, it is a system vendor for ARIANE, VEGA and VERTA, and it is also involved in space transport vehicles such as ATV, Space Rider and IXV.

Of note in the area of science are its contributions to ground-based astronomy and Large Scientific Infrastructure (LSI), where it has been present since 2000 and has a wide portfolio of projects with space agencies, such as the European Southern Observatory (ESO), and other clients. SENER Aeroespacial‘s work in astronomy includes optical systems, electromechanical components and systems, instrumentation systems and large mirror drive systems for both ground-based telescopes and space systems. The list of customized precision mechanisms provided so far by SENER Aeroespacial includes the positioning systems for the M2 mirrors of the GTC, ESO’s VISTA and IRAIT telescopes, the drive system for the JPCam panoramic camera, the robotic calibration arm for ALMA, a rotator for ESO’s VLT telescope, the drive and primary focus corrector (PFC) systems for the William Herschel Telescope, and the preliminary design of the M1 primary mirror of the EST and the design & production of the segment manipulator (SEM) of the M1 primary mirror of the ESO’s Extremely Large Telescope (ELT), which will be the largest optical/infrared telescope ever built, and for which it also supplied the cells of the M2-M3 and M5 mirrors. In this regard, the new facilities have an astronomy workshop that includes an area for integrating electromechanical systems that offers the capacity to carry out the mechanical assembly of equipment for large scientific installations.