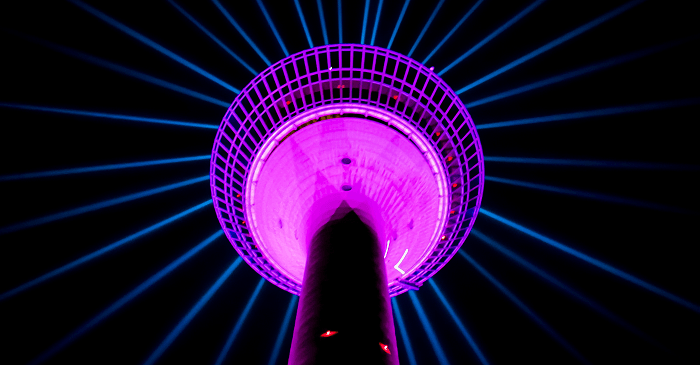 MobiusTrend, the fintech market research organization, released a research report “WIMI Announces Its Outstanding Achievements in the Field of 5G Holographic Communication“. According to the latest IDC market size report, the current hot VR, AR holographic technology will further develop in the future. Its market size will grow from $5.2 billion in 2016 to $162 billion in 2020, representing an annual growth rate of up to 181.3%. Also because of this, domestic and foreign enterprises are looking at AR, holographic technology, the future market cake, for a time at home and abroad market smoke, a future market battle is also staged. Its domestic holographic cloud software content development, cloud platform construction, industrial chain investment and integration platform WIMI Hologram Cloud rose to prominence, its holographic cloud related patent and content IP research and development speed is amazing, has made remarkable achievements. 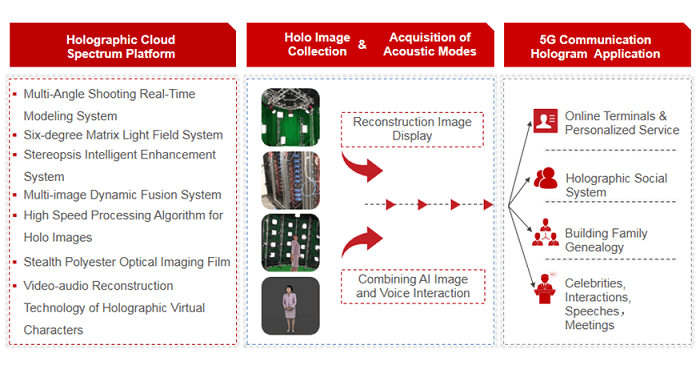 According to foreign media reports, Apple has been working on a way to hold meetings in 3D space through virtual reality (VR) and augmented reality (AR), so that each user can see other participants at their own table. The technology is not a hologram, as in science fiction movies such as Star Wars, but a virtual dope-body that users can see and interact with through a screen or glasses. According to AppleInsider, Apple’s latest patent for a communication system that mimics a virtual conference room and how it was developed demonstrates the fascinating concept.

In addition to communication networks, hardware devices, especially optical modules and other core components, are also important factors affecting the development of AR/VR industry. 5G will lead to more application scenarios, increasing consumer reliance on AR/VR and higher requirements for devices. In order to reduce the vertigo sensation during wearing, the screen refresh rate has evolved from 60 to 90 Hz and 120 Hz, and the screen material has also evolved from LCD to OLED. In the future, more portable screen applications with better visual effects will increase the permeability of VR devices.

Therefore, after the issuance of 5G licenses, the biggest application of the first-stage scene is the VR/AR industry, which is a trillion-level industry. After the technical breakthrough of AR micro-display, optics and perception interaction plate in industrial chain companies, manufacturers begin to actively layout AR mass production capacity. With the development of 5G holographic communication, Apple, Microsoft, Google and WIMI have strong expectations for the future and bring more investment opportunities.

The industry believes that holographic image communication can take advantage of the high-speed characteristics of 5G network to transmit large amounts of 3D video signals, which can show users a more real world and make a qualitative leap in the interactivity, or become a disruptive technology of Internet social networking. At present, Samsung, Facebook and other technology giants have joined the research and development of technologies in this field, showing a broad prospect of technology application. At present, the number of domestic enterprises engaged in the field of holographic projection has been greatly increased, according to statistics, has reached more than a thousand holographic projection companies, the market capacity has risen to 10 billion level.

The increase was primarily attributable to the increase in salary, as the Company hired more IT engineers to work on research and development of advanced AR holographic and related projects. In addition, the Company also focused on the research and development of the application of holographic AR technologies in the area of semiconductor, cloud computing, artificial intelligence, big data 5G and other areas, which the Company incurred in outsourced technical development services to focus on developing its technological capabilities in order to maintain its competitive advantages in the AR holographic industry.

MobiusTrend commented: “In 2020, WIMI made three major leaps forward. First, after their successful initial public offering in April 2020, WIMI overcame the impact of COVID-19 in the first half of the year and achieved a robust growth in their revenues in the second half of 2020. As a result, their total revenues in 2020 grew by 140% year-over- year. In particular, after WIMI received investment from well-known investment institutions in both the US and Asia, including a company affiliated with Weibo Corporation, WIMI actively expanded their holographic AR business scope and made meaningful progress in the semiconductor industry.”