The Oppo Reno6 series was rumored to arrive at an event on May 22, but today the company announced they are actually going to take until May 27. The smartphone lineup will be introduced at a beach party on the coast of Northern China as a “new summer companion”. 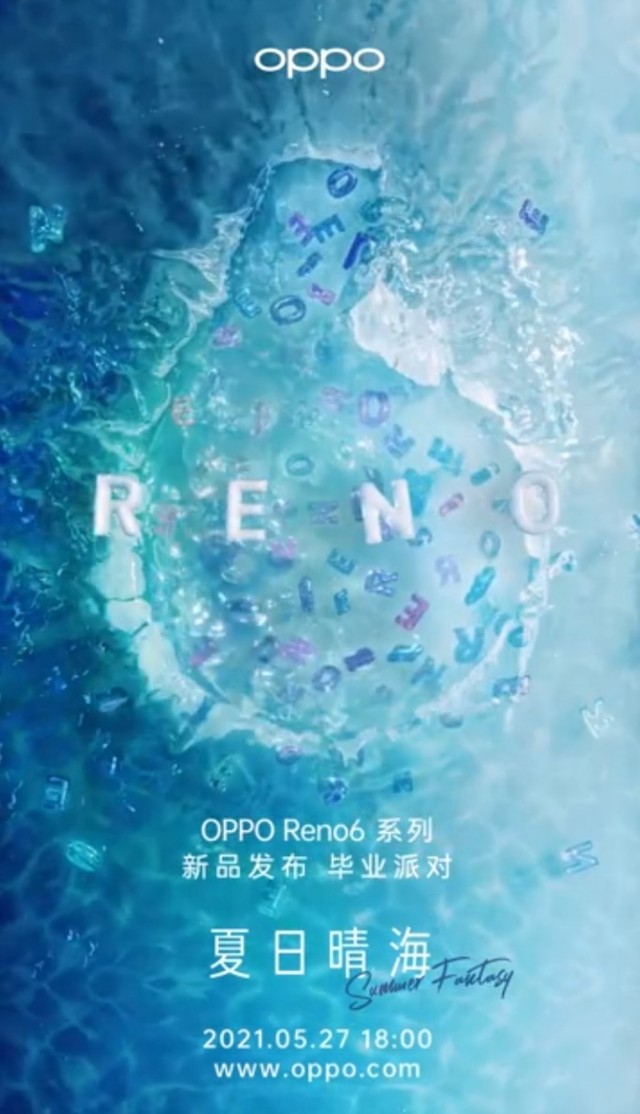 We expect to see at least three smartphones at the launch – a vanilla Oppo Reno6, a Reno6 Pro, a Reno6 Pro+ with better cameras. We also heard of Z and A versions, but those appeared only recently so perhaps they won’t be part of the initial announcement.