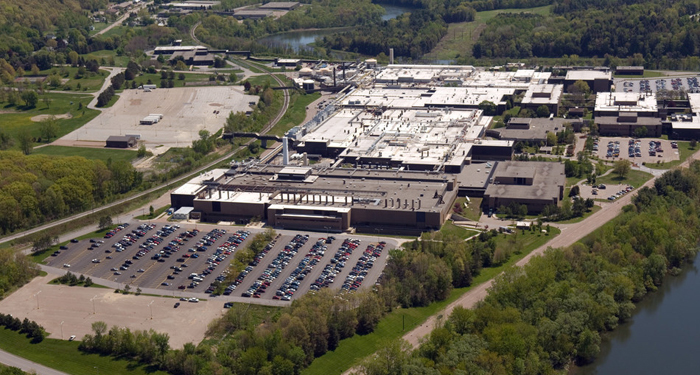 Raytheon Technologies and GLOBALFOUNDRIES (GF) are working together to develop and commercialize a new gallium nitride on silicon (GaN-on-Si) semiconductor that will enable game-changing radio frequency performance for 5G and 6G mobile and wireless infrastructure applications.

Under the agreement, Raytheon Technologies will license its proprietary GaN on Si technology and technical expertise to GF, which will develop the new semiconductor at its Fab 9 facility in Burlington, Vermont. Gallium nitride is a unique material used to build high-performance semiconductors that can handle significant heat and power levels. This makes it ideal to handle 5G and 6G wireless signals, which require higher performance levels than legacy wireless systems.

Mark Russell, Raytheon Technologies’ chief technology officer said that Raytheon Technologies was one of the pioneers advancing RF gallium arsenide technology which has been broadly used in mobile and wireless markets, and they have similarly been at the forefront of advancing gallium nitride technology for use in advanced military systems. He said that their agreement with GLOBALFOUNDRIES not only demonstrates their common goal to make high performance communications technologies available at an affordable cost to their customers, it also continues to prove how investments in advanced defense technologies can improve lives, as well as defend them.

Senator Patrick Leahy, Chairman of the Senate Appropriations Committee said that he is proud that GLOBALFOUNDRIES’ fab in Essex is leading the way in domestic production of this important 5G-enabling technology and beyond. He said that this is a win for Vermont and a win for the United States. This collaboration between a world-class manufacturer, GLOBALFOUNDRIES, and Raytheon Technologies, a leader in technological innovation, is good news for America’s semiconductor supply chain and competitiveness. The technology that will be produced by Vermonters will be a revolution.

GF CEO Tom Caulfield said that GLOBALFOUNDRIES’ innovations have helped drive the evolution of four generations of wireless communications that connect over 4 billion people. He also said their collaboration with Raytheon Technologies is an important step to ensuring the development and manufacturing capability of solutions for critical future 5G applications. This partnership will enable everything from AI-supported phones and driverless cars to the smart grid, as well as governments’ access to data and networks which are essential to national security.

This collaboration with Raytheon Technologies is the latest of several strategic partnerships for GF and is further evidence of the company’s commitment to redefine the leading-edge by delivering differentiated solutions, while the rest of the industry continues to pursue traditional and increasingly difficult technology scaling.

As a Trusted semiconductor manufacturing facility since 2005, GF employs nearly 2,000 people at Fab 9, and more than 7,000 people across the U.S. Over the past 10 years the company has invested $15 billion in U.S. semiconductor development and is doubling its planned investment in 2021 to expand global capacity and support growing demand from the U.S. government and industry customers for secure processing and connectivity applications.