Did you recently come across a software named VulkanRT? Do you want to know what this software is, or should you keep it or remove it? Well, if these questions are intriguing to you, this article is for you. You’ll find all your answers below from what VulkanRT is, and you should keep it or not. So, let’s begin.

It’s a software/application usually installed by AMD and/or Nvidia who manufacture high-quality graphics cards. VulkanRT gets installed in your system on updating the graphics drivers in your PC or computer.

VulkanRT is basically a cross-platform computation and 3D graphics Application Programming Interface or API crafted by Khronos Group. By cross-platform, it means an application or software that can run on or is supported by more than one platform. For example, if an app runs on iOS, Android, Linux, and Windows, it’s defined as cross-platform.

The Khronos Group is a not-for-profit association or consortium which is based in the USA. Its purpose is to produce APIs which are royalty-free. VulkanRT is an exemplary product of this consortium, which helps deliver high performance while playing 3D video games.

The sole purpose of this Application Programming Interface is to deliver better control to your CPU than GPU usage. Now, VulkanRT is not the only app capable of achieving this. Mantle and Direct3D are capable of performing the above function too.

With this feature, you can easily render graphics, and it helps in the multi-threading of your CPU. With this software, you’ll also find a graphics driver which is meant for your dedicated GPU. You can find several websites that detect which version of dedicated GPU is present in your PC and helps in downloading the compatible drivers.

This way, the chances of you installing the wrong driver are close to zero. So, in case you already removed VulkanRT from your device, visiting such websites can help you install it back to your device. However, this won’t be free as it was initially. These websites will ask you to pay, which is why you should never uninstall this tool.

Primarily, VulkanRT is used along with the AMD drivers as they’re known to deliver better performance as compared to others. Also, this tool is known to function and deliver better in Linux and Windows operating systems.

With all that said, VulkanRT is quite flexible when you consider facts such as hardware, rendering features, OS compatibility, etc.

How and where to find VulkanRT on your computer?

Have you not come across VulkanRT yet? In that case, there can be two things either it’s not installed, or it’s installed on your PC. However, if it exists, you can locate it using the below methods: –

For the Windows 10 users, the VulkanRT can be located from the settings. Follow the below steps: – 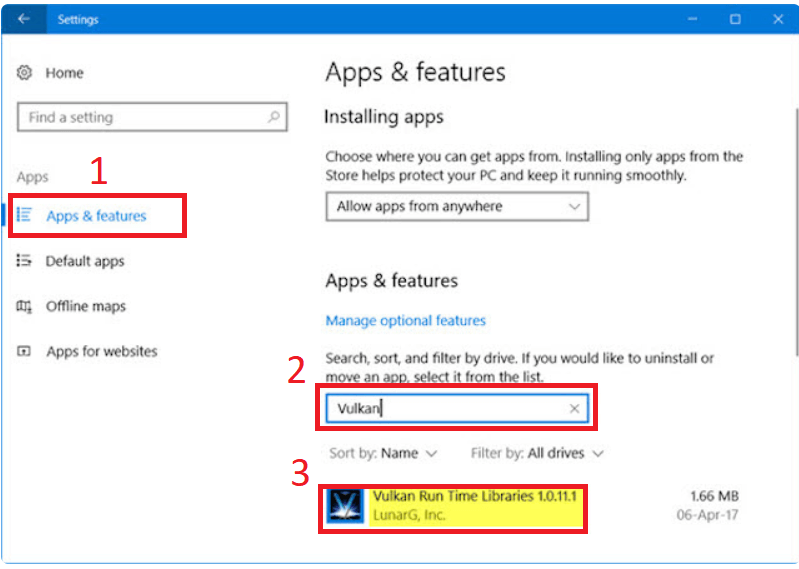 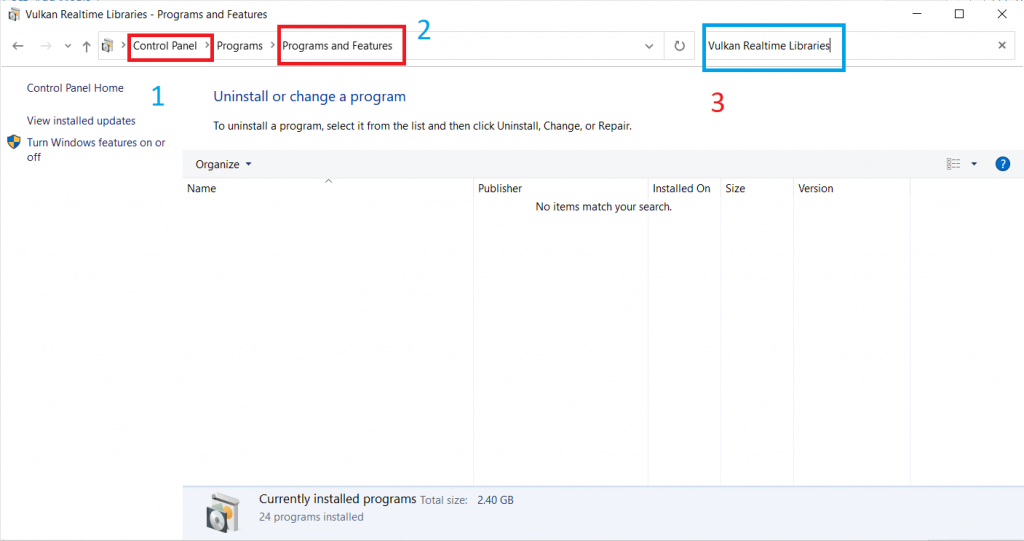 Should you Remove It?

No, you shouldn’t. You may have seen few websites claiming that VulkanRT is a virus program. Fortunately, this is not true. It’s kind of a bundle that comes along with NVIDIA and AMD GPU drivers. Also, some games necessarily require this driver for smooth functioning. So, keeping it or installing it on your PC is only going to help you, which is why you should always keep it as it is.

VulkanRT is not a virus. It mostly comes pre-installed on computers running on the Windows operating systems. Also, it is completely legal and safe and is also developed by a reliable non-profit consortium. So, if you find this installed on your PC, make sure not to remove it.

VulkanRT is completely safe software. As mentioned earlier, it is not something fake, spammy, or a virus, as some websites on the internet might claim. Now, as this tool or software comes in a bundle with NVIDIA and AMD graphics drivers, some users think of this as malicious, but it’s a false thing to believe.

This tool serves the purpose of enhancing the overall performance of your PC by lowering the load on your CPU. In a nutshell, VulkanRT is a verified, safe and reliable program that gets the job done pretty well. So, if you’re thinking of installing it, do it. And if you have it installed on your PC and are thinking of removing it, drops the plan.

We hope to have solved the VulkanRT mystery for today. It is not a virus, malicious file, spam software, or anything non-legitimate. It was created by a reliable firm known as Khronos Group who is a non-profit association of companies. The prime purpose of this software is to help your CPU relax and boost GPU performance.

You’ll mostly find it in the PCs using AMD or Nvidia GPUs. It’s because these GPUs are known to deliver better performance. And when VulkanRT is also installed, it further boosts the graphics and overall gaming performance. The final word would be, do not uninstall this tool.