APITech (API Microwave) had a visit from Milton Keynes North Member of Parliament Ben Everitt to see first-hand how their technology is helping to lead the way in improving future communications for satellite constellations.

Ben Everitt met with Ian Skiggs, VP & MD of RF2M EMEIA, Dave Sims, Product Manager for Semiconductors and Components, David Smith, Head of Engineering and Dave Claridge, Project Manager and was given a tour of the facility to look at how they use their knowledge and state-of-the-art manufacturing techniques to develop components that can operate reliably in the harshest of environments.

Ben Everitt has been an avid champion of innovative tech companies since his election in 2019 and commented that it was fascinating to see the wide-ranging technologies APITech develop from space communications to military, security and medical solutions. He further said that APITech epitomises everything that makes Milton Keynes a real hub of technology and gives them a chance to become the Silicon Valley of Europe. He felt delighted to support APITech in their recent successful bid for a contract with the European Space Agency and also looks forward to continuing to work with them in the future. 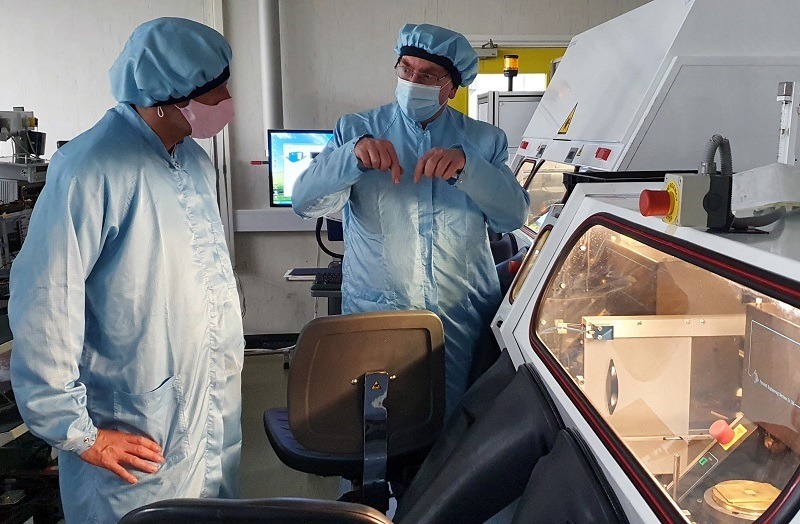 Ian Skiggs stated that it is pleasing to see both the European Space Agency and UK Space Agency recognising the technological expertise within APITech. He further added he is thankful to Ben and his team for their continued support. Both of them share the same vision for showcasing the talent and capability within the Milton Keynes area in support of the UK Governments longer-term growth objectives in the sector.

APITech has recently announced that it has been selected by the European Space Agency (ESA) to develop a W-Band, dual redundant, low noise amplifier for space applications, including high-frequency data communications, 5G/6G and W-Band radar. This further advances APITech‘s reputation in mmWave technology and as a developer of RF communications and payload solutions for space.