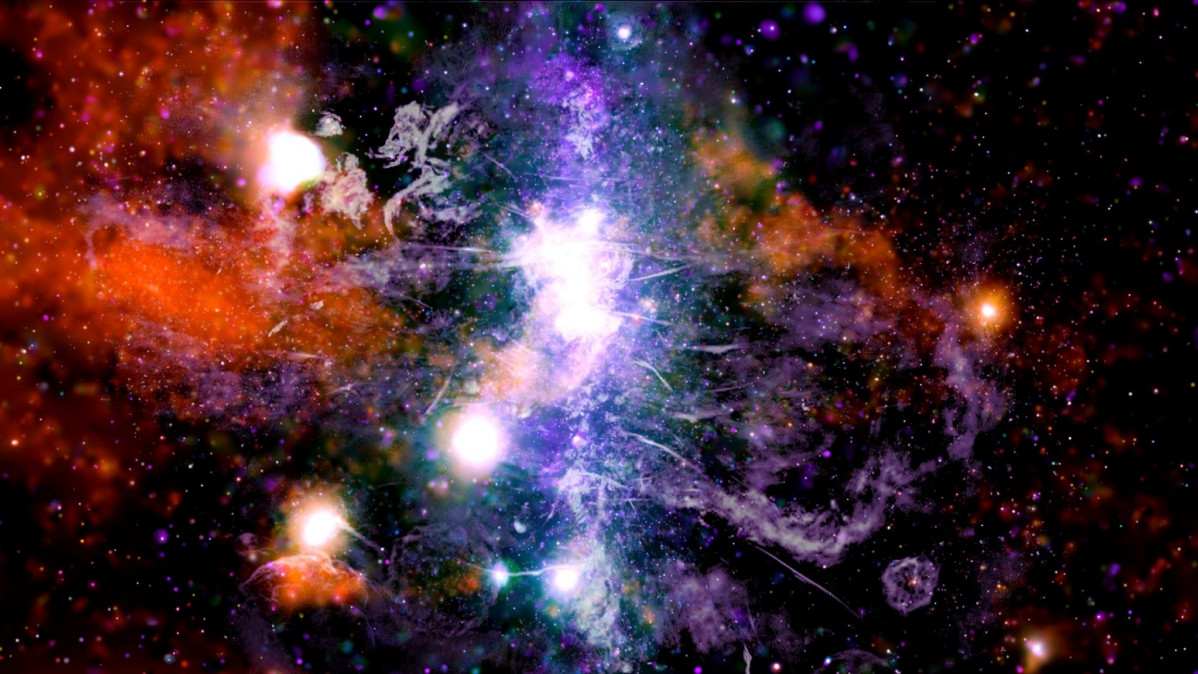 NASA is known for releasing stunning images of space phenomena that take our breaths away and leave us ever more curious about the exciting universe we live in. Now, it seems the agency has outdone itself.

Recently, it released an image of the Milky Way’s center that features its superheated gas and magnetic fields. The image is courtesy of NASA’s Chandra X-ray Observatory and the MeerKAT radio telescope in South Africa.

“The new panorama of the Galactic Center builds on previous surveys from Chandra and other telescopes. This latest version expands Chandra’s high-energy view farther above and below the plane of the Galaxy — that is, the disk where most of the Galaxy’s stars reside — than previous imaging endeavors. In the image featured in our main graphic, X-rays from Chandra are orange, green, blue, and purple, showing different X-ray energies, and the radio data from MeerKAT are shown in lilac and gray. The main features in the image are shown in a labeled version,” writes NASA in its post accompanying the awe-inspiring image.

NASA points out a particularly intriguing threat that has X-ray and radio emission intertwined and is about 20 light-years long but only one-hundredth that size in width.

Q. Daniel Wang of the University of Massachusetts at Amherst has studied this thread and revealed that its features are bound together by thin strips of magnetic fields. NASA speculates that such strips may have formed when magnetic fields aligned in different directions, collided, and became twisted around each other.

This beautiful process is called magnetic reconnection and is reminiscent of the phenomenon that drives energetic particles away from the Sun. It is also the source of the space weather that sometimes affects Earth.

These threads also give key insights into the Galactic space weather astronomers have witnessed throughout the region, weather driven by volatile phenomena such as supernova explosions and our Galaxy’s supermassive black hole.

The new image also reveals large plumes of hot gas, which extend for about 700 light-years above and below the plane of the galaxy. NASA further speculates that these plumes may be galactic-scale outflows.

All in all, the panorama provides a detailed and exciting look into the core of our Milky Way Galaxy that has never truly be seen in this detail before. Although it takes experts to analyze what is in the image it does not take any expertise whatsoever to enjoy its sheer beauty. Well done NASA! Here are 10 more breathtaking photos taken from Space.