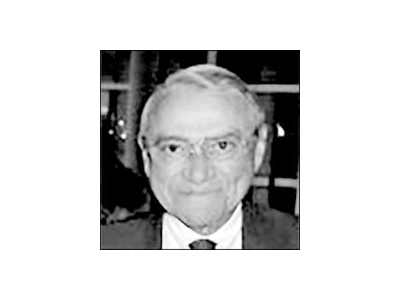 Howard I. Ellowitz, of Palm Beach Gardens, Fla., formerly of Belmont, Mass., passed away peacefully at the age of 95 on May 23, 2021. Howard was born in Scranton, Penn., to Ida Schmulowitz and Cal Ellowitz. He married his childhood sweetheart, Charlotte Brandwene, and they enjoyed over 72 years of marriage. Howard served in the Navy in radio communications. Howard was a graduate of Lehigh University in Engineering. He worked at M/A Communications in Burlington, Mass., and Alpha Industries in Woburn as an electrical engineer. He spent the second half of his professional career as an editor and trade show manager for Horizon House in Canton, Mass. Howard was an avid golfer and fine woodworker. He loved to travel and spend time with his family. He raised his family in Belmont before moving to Florida. In addition to his wife Charlotte, he is survived by his children, James and his wife Marsha, Susan and her husband Paul, and Jeffrey and his wife Cindy.