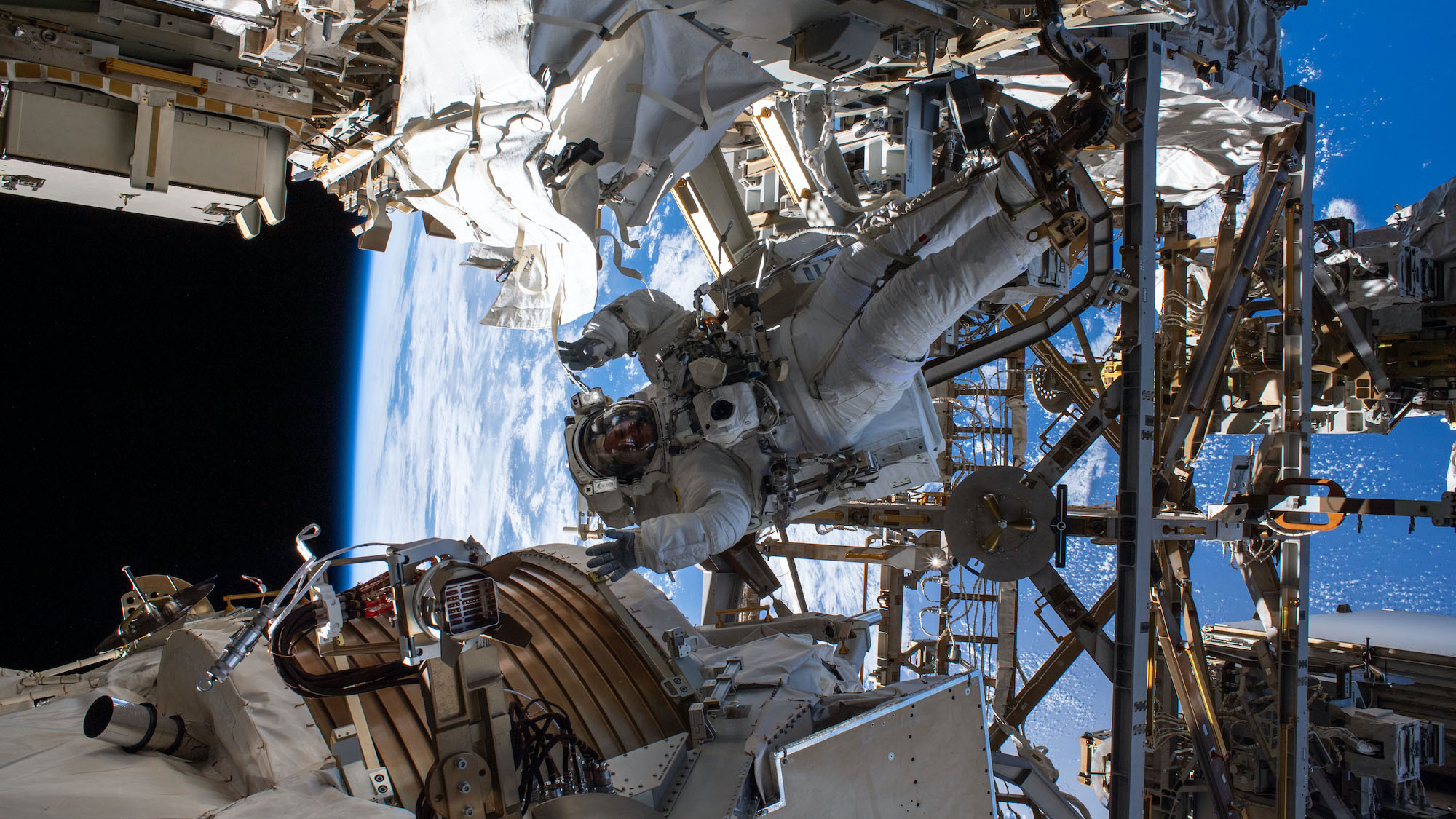 During a series of four hazardous spacewalks in 2019 and 2020, astronauts Luca Parmitano of the European Space Agency and Drew Morgan of NASA completed the critical repairs to the $2 billion Alpha Magnetic Spectrometer (AMS) that’s been collecting antimatter particles since 2011.

Related: Soar into space aboard this inspiring trailer for ‘Among the Stars,’ a new Disney Plus docuseries

“I got incredibly lucky with some unbelievable characters and I fell in love with them all in their own unique ways,” Turner told Space.com. “I tried to step inside of their points of view and bring them together in this amazing adventure that they went on.”

We spoke with Turner about orchestrating this ambitious endeavor with its many moving parts, observing the well-executed standard of team cooperation, and how in these divisive times the series provides a refreshing example of harmonious human achievement.

Space.com: How did this behind-the-scenes NASA project originate?

Ben Turner: Well, I’ve been lucky enough to make quite a lot of sports documentaries and after making a couple of seasons with a soccer team that I love in the U.K., we asked ourselves a question. If this can work for sports, then surely there are other places and teams where this mode of storytelling can work.

NASA was the obvious choice for me. Documentaries in the “space” space are quite about science and tech — which I adore and can watch forever — and nostalgic looks at previous missions. People haven’t told the story of what’s happening now in this kind of way.

I chose our mission because I met Chris Cassidy and got very lucky in that this was so fascinating. I particularly loved the notion that they were fixing something that really is for all mankind that could change the course of our knowledge. And whether any of the people who work on it are remembered, what that all might mean for the progress of human knowledge. To be a fly on the wall while that’s happening was just such a great privilege.

Space.com: You were blessed with some compelling, charismatic personalities for this series. What was your approach to the material and what tone did you hope to strike?

Turner: I try to stay as open as possible really. As a documentary filmmaker your voice is going to be in there anyway because of the choices you make. I like to tell stories about things I find amazing and try to tell those stories through the eyes of the people involved. They have a really fascinating perspective on life and do things in ways that you could never know. I stayed as open as I could and followed what was fascinating to me. I got incredibly lucky with some unbelievable characters and I fell in love with them all in their own unique ways. I tried to step inside of their points of view and bring them together in this amazing adventure they went on.

Space.com: Do you have any favorite scenes in the series that stand out?

Turner: It’s hard to separate out how they are on screen to how they worked for me when I filmed them. There’s a scene in Episode 1 where Professor Ting really takes a room apart over the mission. And I remember filming that and I couldn’t believe I was there and no one had any problem with me filming it. The level of trust I was shown was unbelievable. I saw that as a responsibility in the end and wanted to do the story justice. I remember watching it and thinking that this was really going to be amazing.

And I also remember watching Professor Ting and Ken [Bollweg] see a rocket launch with all their hard work on it and to see a man in his 80s who’s tough and driven and takes no prisoners, a Nobel Prize winning scientist, to see that level of emotion in him was an amazing privilege.

I took that footage back to Disney because they wanted to check out how it was going. It was about a minute-and-a-half long of the rocket rising and we just sat there watching it together and thought, “Wow, this is special.”

Space.com: Chris Cassidy gets some disappointing mission news near the start of the series and displays some unexpected emotion. What was that like to capture on camera?

Turner: Chris is a guy who’s been a Navy SEAL. He’s used to being at the top of his game, the best of the best, utterly bulletproof, even if he doesn’t feel it. So for him to share that with us was amazing. It taps into something we all go through. We all get a bit old at some point and look around us and think “Am I still the guy I was?” Can I still do it?” And you’re hoping in this environment to find some human drama like that. For him to share it with us was very generous of him and give people a window into that. He’s such a tough, capable guy and to see a moment of weakness like that is moving. Chris is a big deal and he’s an amazing person to be around.

Space.com: How did creating “Among the Stars” change you as a person, a father, and a filmmaker?

Turner: In many different ways. Watching that group of people work and seeing how they took responsibility for the things they could do themselves, and push their opinion, and at the same time let other people come to the fore when it was their turn, was truly inspirational. We were making this show at a time with great division in the world, no matter what side of the aisle you sit on.

To see a group of people with impossible ambition, come together and disagree constructively and work inspirationally, was humbling for me to watch and be able to bring it to the screen. We live in worrying times and it’s easy to forget that people are, and can be, amazing. There’s great generosity and kindness and inspiration out there, and this group does this at such a high level. I was inspired by how they operate and what they can achieve. And my kids are so sick of hearing about it!

All six episodes of “Among the Stars” are now airing on Disney Plus.