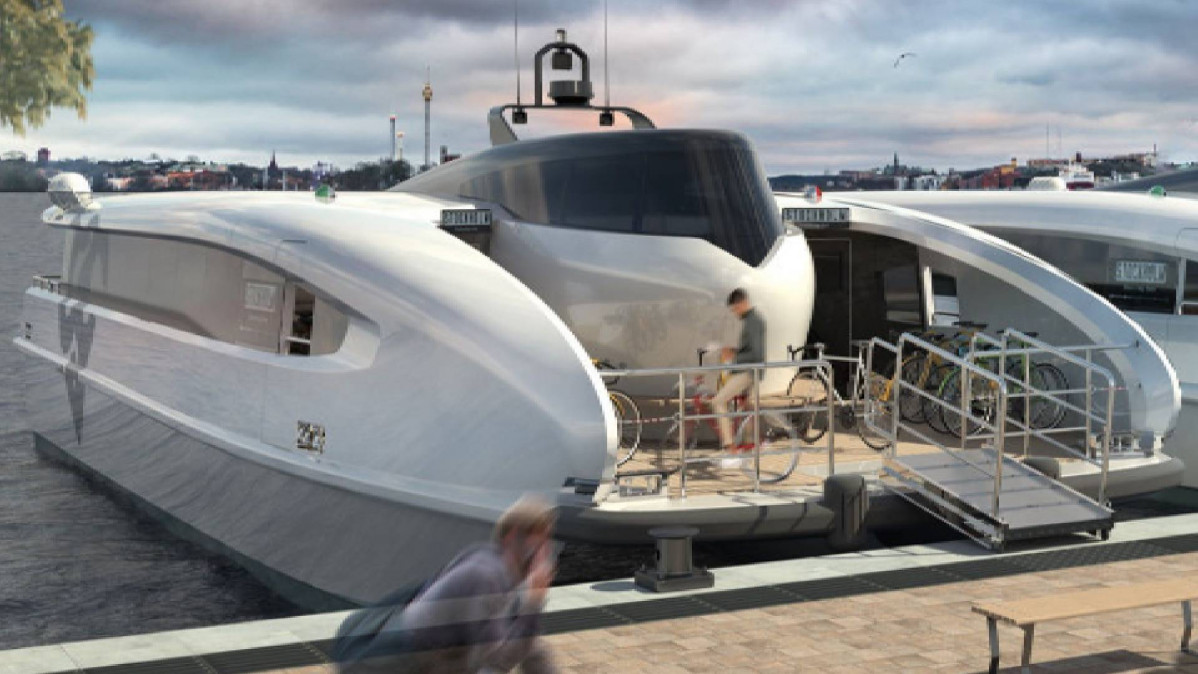 The world’s first emission-free high-speed catamaran is being planned for commercial traffic in Stockholm, Sweden. Developer of advanced battery and fuel cell systems for maritime electrification Echandia has signed an agreement to supply the record-breaking catamaran for the second half of 2022.

The catamaran is built by Green City Ferries and is called BELUGA24. “With BELUGA 24 we are demonstrating a high-speed emission-free alternative to diesel ferries that also costs less to operate. Therefore, this solution is highly attractive to transport administrations, shipping companies, and most importantly for people!”, said in a statement Fredrik Thornell, the newly appointed CEO of Green City Ferries.

BELUGA24 consumes less energy than traditional catamarans thanks to something called air-foil technology. This is when a midship placed foil lifts the ship halfway out of the water at high speeds thereby reducing the water resistance encountered significantly.

The catamaran will boast an integrated system that includes both batteries and hydrogen, which is significantly more energy efficient compared to solutions with separate systems.

Green City Ferries expects the new carbon fiber ship to consume 30 kWh per nautical mile at 30 knots, which is almost half of what a conventional catamaran consumes. Furthermore, the boat’s power supply comes from Japanese LTO batteries and/or Canadian fuel cells.

These features ensure the catamaran delivers high performance and short charging times. The catamaran can also easily fit up to 150 passengers and 30 bicycles.

This means that the boat will be able to carry a large number of people significantly reducing the carbon emissions of travel in Sweden. According to Båtplan Stockholm 2025, the fleet of vessels In Sweden accounts for about 5 percent of energy consumption annually but releases about 50 percent of carbon dioxide emissions a year.

Green City Ferries hopes to significantly reduce those numbers creating an accessible green form of transportation that is beneficial to all of Sweden’s citizens. BELUGA24 was built with the help of two world-leading design companies: Teknicraft (New Zealand) and Sculli Design studios (Italy).

If this ship has caught your attention, make sure to check out this zero-emission 180-foot catamaran called Migma.