Twitter is now rolling out Twitter Blue, a premium service that enables additional features on the website and apps for its subscribers. Available in the United States and New Zealand, users will pay a monthly price of US $2.99 / NZ$ 4.49 and get several additional features. 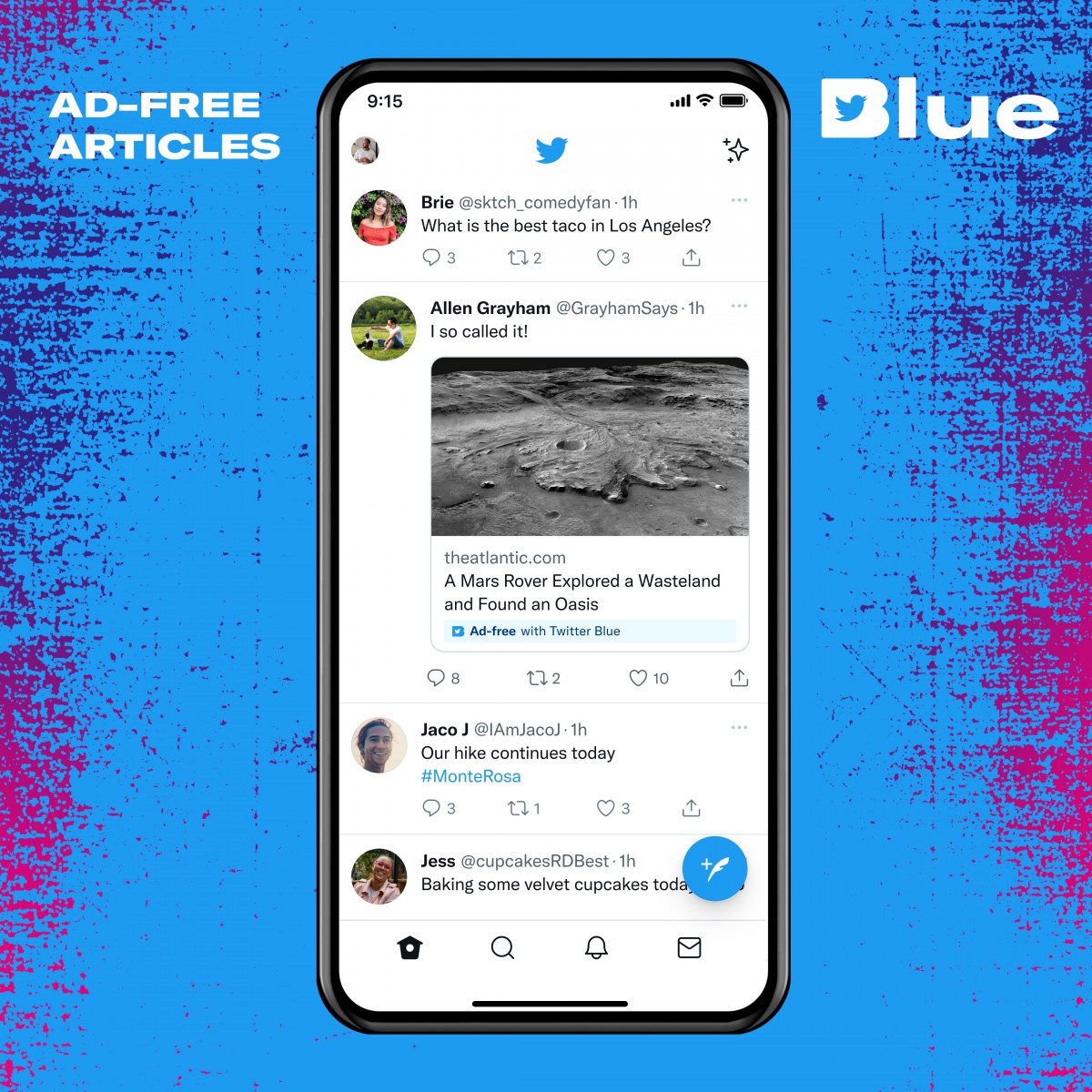 One of the new features is ad-free articles. Twitter has partnered with US-based publications, such as The Washington Post, L.A. Times, USA TODAY, The Atlantic, Reuters, The Daily Beast, Rolling Stone, BuzzFeed, Insider and The Hollywood Reporter.

Clicking on a link from one of these services will open a fast-loading, ad-free article page. A portion of your Twitter Blue subscription goes to these publications every time you click on one of their articles. 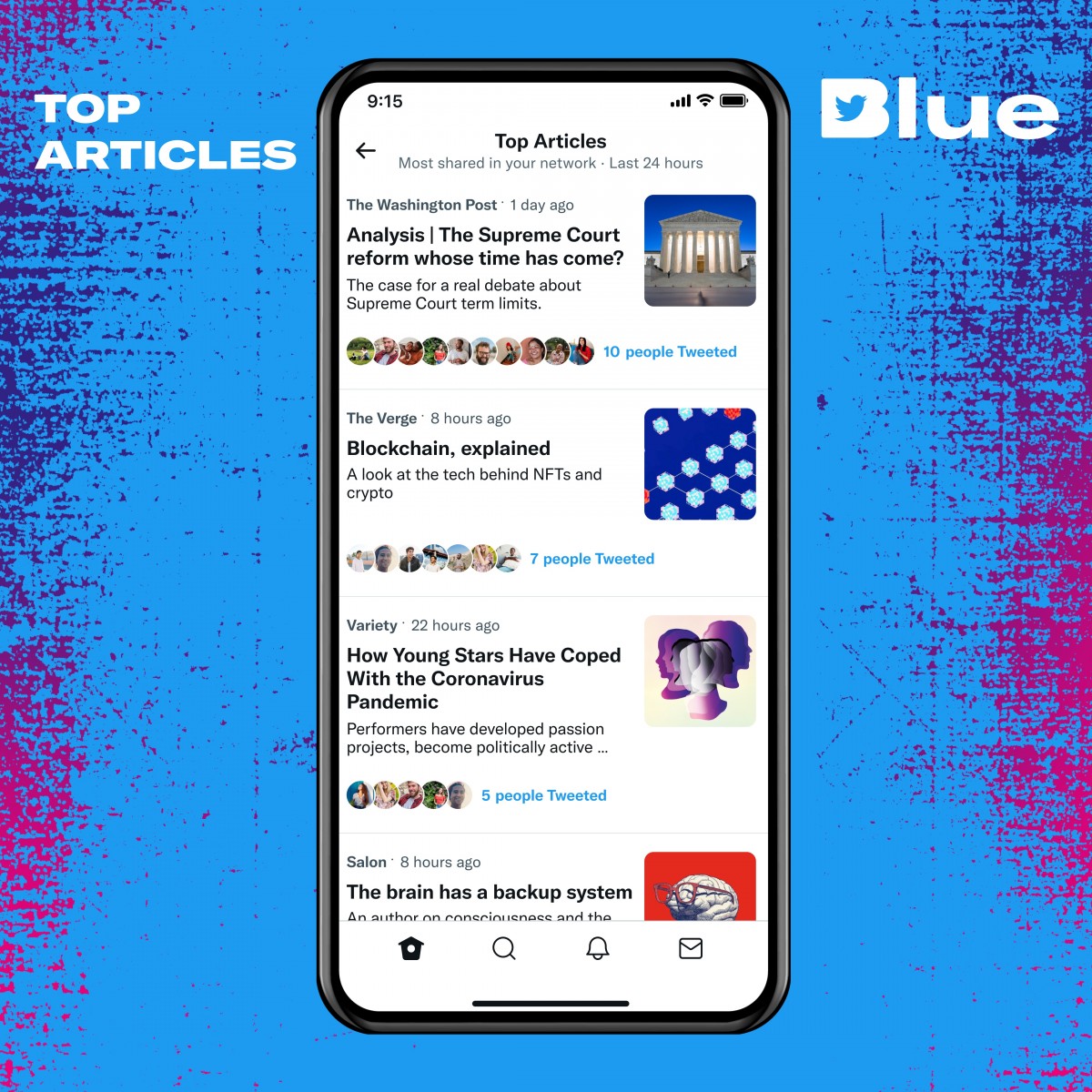 Subscribers will also have access to the Top Articles feature, which will show them most-shared articles within the past 24 hours in their network. This feature will be available on Android and desktop only. 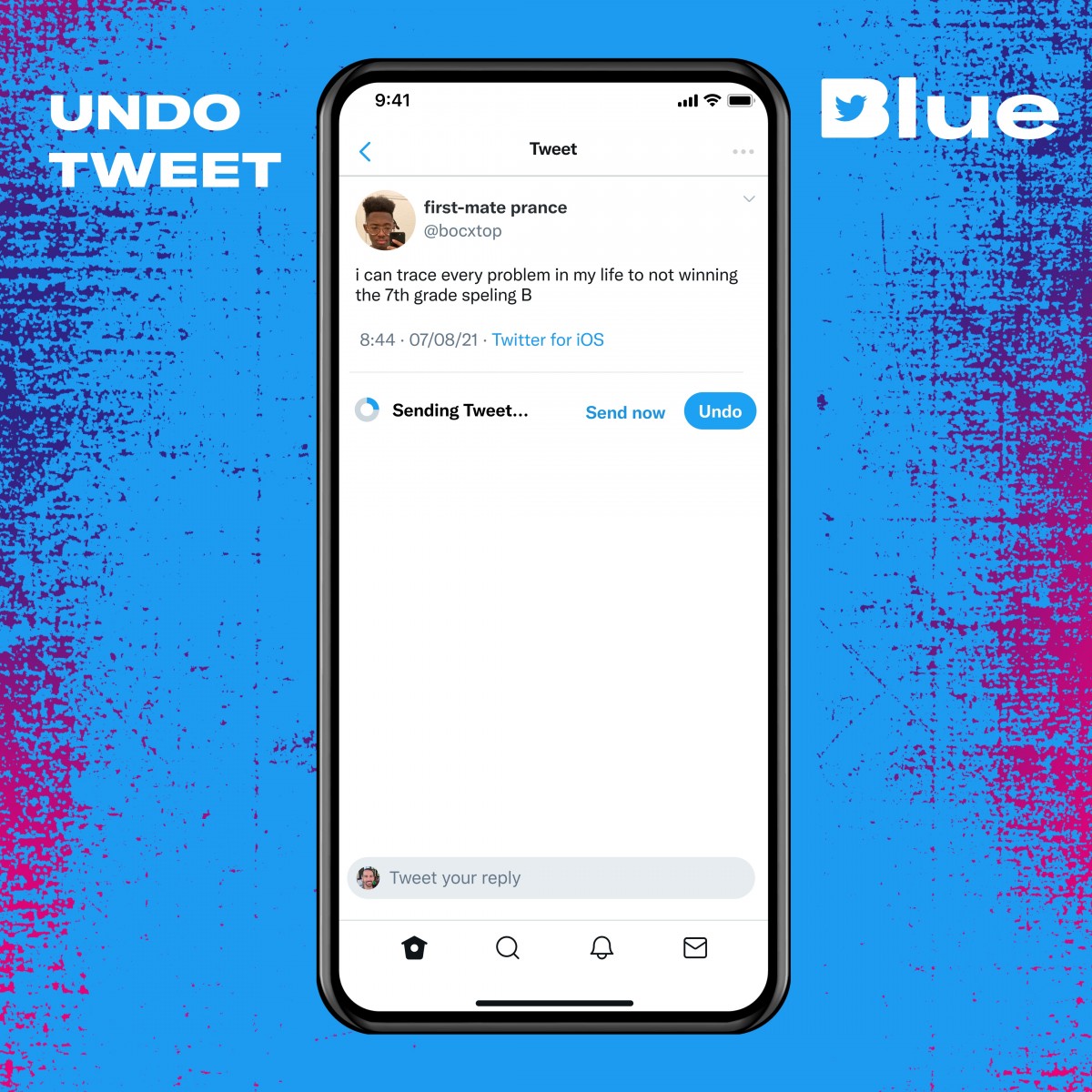 Possibly the most requested feature on Twitter is an edit button. The new Undo Tweet feature is sort of based on that idea but goes about it a different way. After you send a tweet, you get a timer during which you can cancel sending the tweet if you are not happy with it. Once the timer runs out, the tweet is automatically sent. Or you can hit Send now to send it manually.

There is also a new Reader mode added to make reading long tweet threads easier. The Reader mode turns the tweet thread into a long page, similar to the experience offered by some third-party services like Thread Reader. 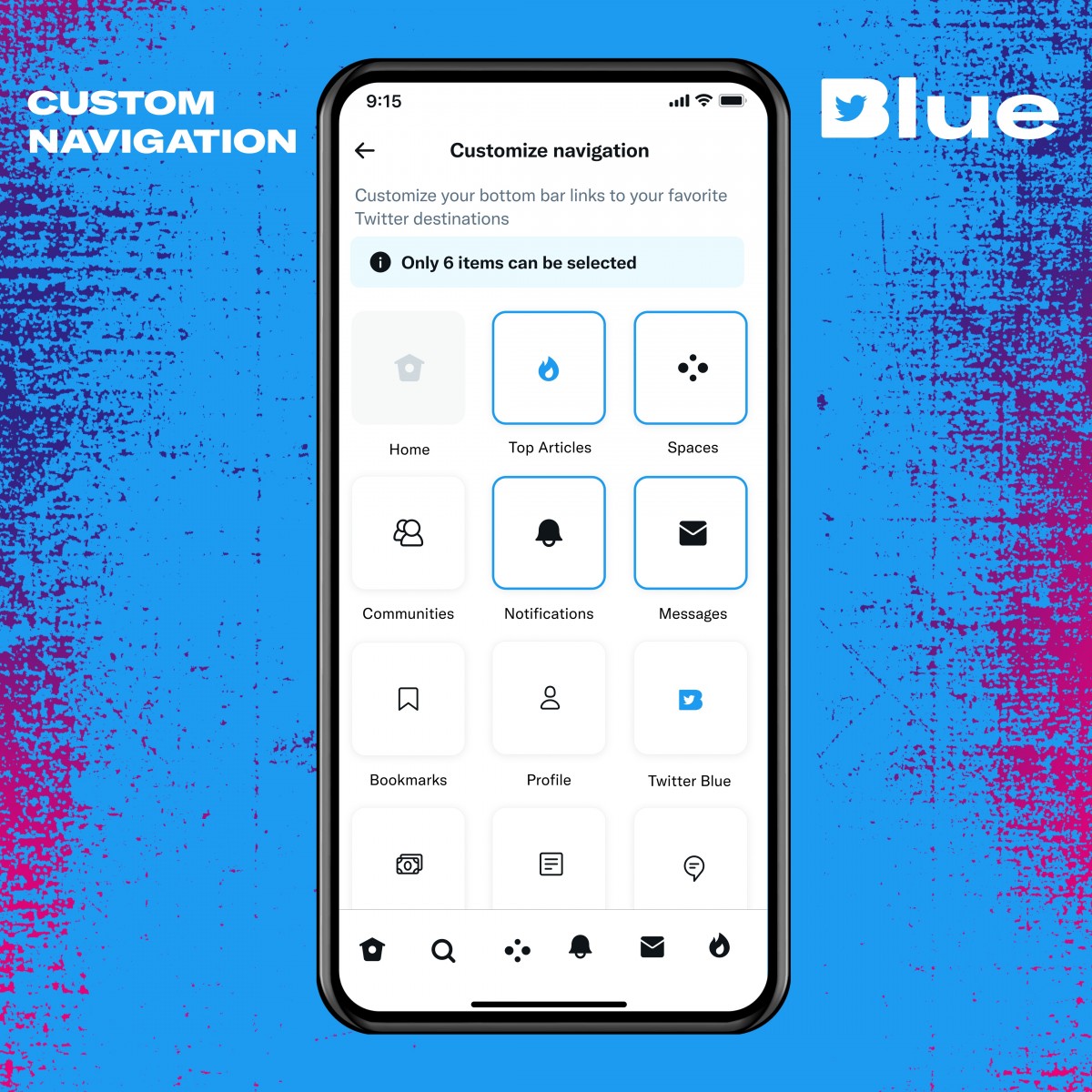 Also available is an option to customize your navigation bar. Currently, the navigation bar has fixed items, including the Home, Explore, Notifications, and Messages. Twitter Blue users will be able to remove or rearrange these options and even add more for a total of six. This feature is only available on iOS.

Bookmarks feature has also been updated with support for folders. Users can now create custom folders within Bookmarks to sort their saved tweets. 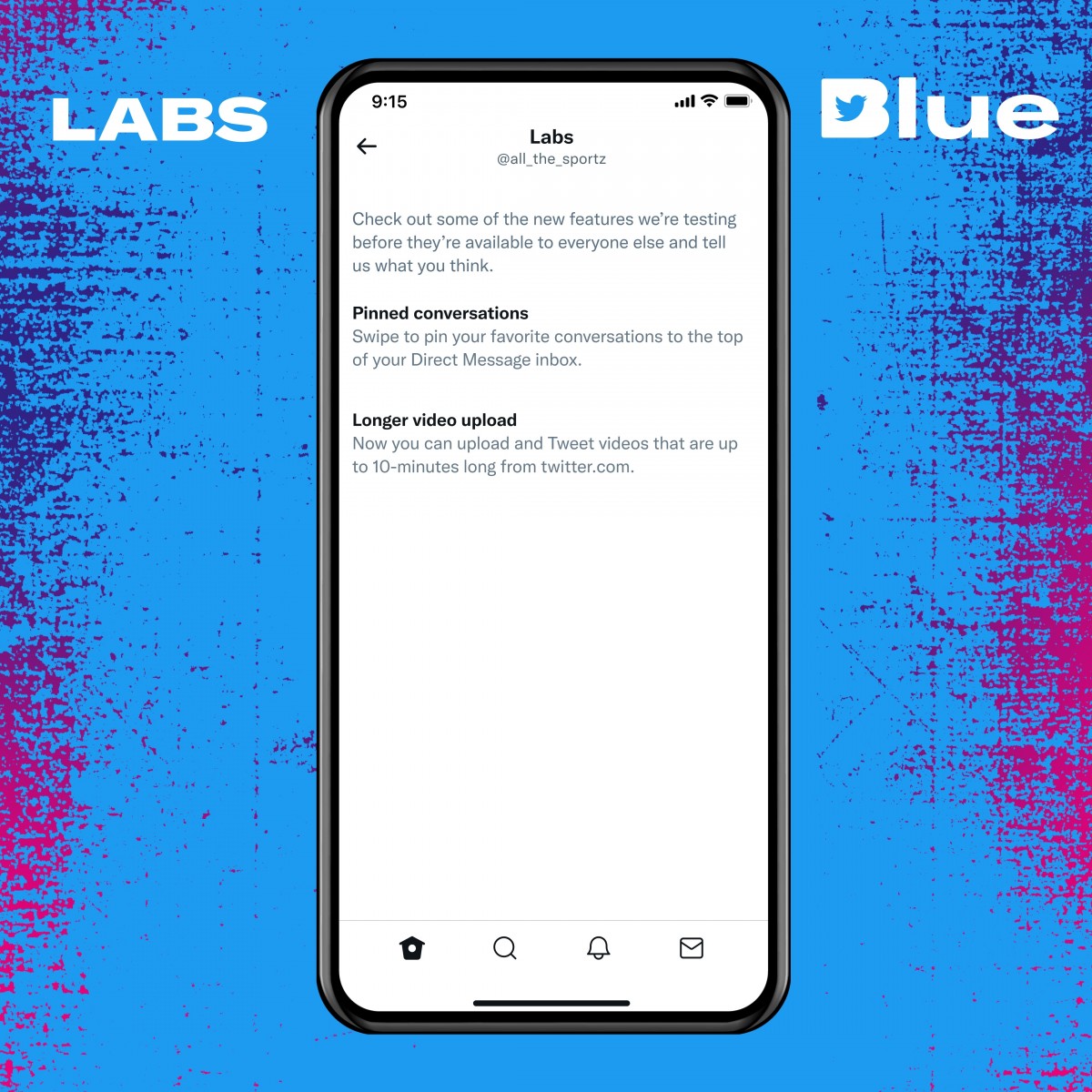 Lastly, Twitter Blue users also get early access to new and experimental features. These features may eventually become available to other users or may be scrapped altogether. Currently, Twitter Blue users can test the new 10-minute video limit feature (desktop-only) as well as a new pinned conversations options within DMs (iOS-only).

Overall, that’s a lot of new features that won’t be available to the free users. Unfortunately, Twitter will still show ads on the timeline, which is an unfortunate and bizarre decision.

That would have certainly made the decision to jump to premium easier for a lot of users although it’s possible that Twitter is saving that for later at an even higher cost. It’s going to be difficult enough as is to convince people to pay for a service they’ve been using for free for fifteen years but this is a good first step.