Instagram head Mr. Adam Mosseri announced that the company has started testing a new feature called “Take a Break” to help users curb their Instagram addiction and encourage them to take a break after spending a certain amount of time on the app.

It’s an opt-in feature, which, after being turned on, will allow you to set in-app reminders to take a break from the Instagram app after continuously using it for 10, 20, or 30 minutes. 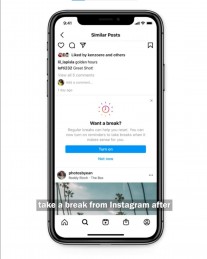 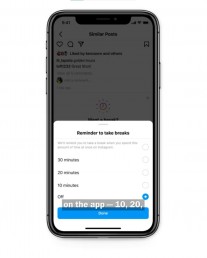 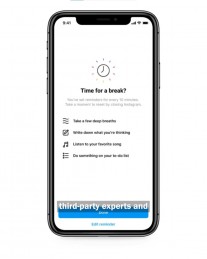 Mr. Mosseri said that the “Take a Break” feature is developed as a “part of the broader effort to try and give people more control over their experience of Instagram” and that we’ll see “more ideas like this coming in the future too.”

Instagram worked with third-party experts to develop the “Take a Break” feature, and it will begin rolling out to a small percentage of users over the coming days. The company plans to launch it sometime in December and if the testing goes smooth, “Take a Break” will be available to all users in a month or two.

We started testing a new feature called “Take a Break” this week. This opt-in control enables you to receive break reminders in-app after a duration of your choosing.

I’m excited to dig into the results & hopefully launch this sometime in December. ✌🏼 pic.twitter.com/WdSTjL6ZdH