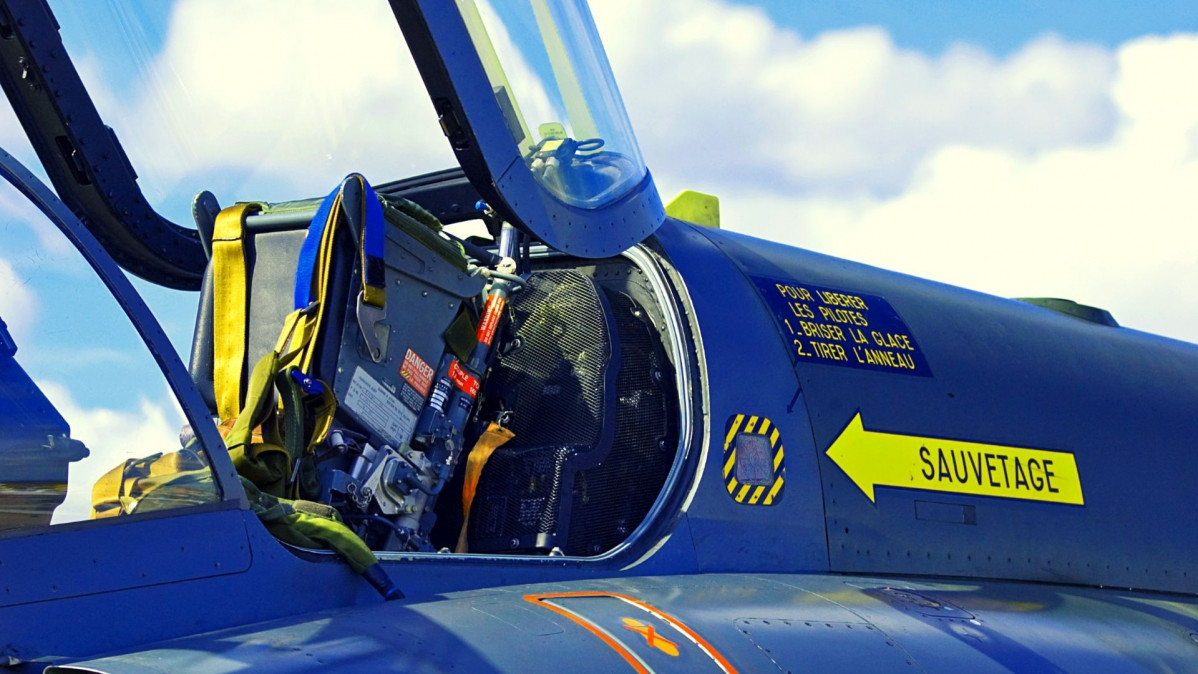 Earlier on Wednesday, an F35 fighter jet of the U.K. crashed into the Mediterranean Sea during a conventional operation, in a loss that cost the island nation at least $134 million (£100 million). Luckily, no one was injured, since the pilot ejected before impact and was subsequently recovered from the water.

But it could have gone very differently.

Pilots are trained to treat the ejection option as an absolute last resort, not only because combat aircraft are expensive, but also because there’s no guarantee it won’t prove fatal.

Ejecting from fighter jets is a two-step process

Every time you pull the eject lever, there’s a one-in-three chance of breaking your spine, according to a Sydney Morning Herald report. But that’s a far better chance than crashing into the surface or exploding midair, said David Newman, a researcher in aviation medicine at Swinburne University, Australia. Newman is a former Royal Australian Air Force doctor, and has flown civilian flights, which is why, to him, tugging the ejection lever is an “escape mechanism of last resort,” according to the report. Modern ejection seats are a two-phase system. First is the ejection gun, which pilots trigger by pulling a handle that starts the initial upward motion of the seat. But once it reaches 3 ft to 6 ft (1 m to 2 m) high, the second phase kicks in, and it’s a heavy jerk.

After the initial phase of ejecting, a rocket fires directly under the seat. Typically, it’s made of a series of small white tubes, each with small nozzles that serve as exhaust outlets, and every one of these have solid rocket fuel inside that can burn for roughly 0.2 seconds. That might sound like a short useless burst, but it’s capable of lifting the pilot 100 ft (30 m) above the aircraft, depending on the aircraft’s position, and the type of seat. Once phase two is completed, a parachute thumps out of the top of the seat. This initial chute won’t slow the pilot and seat enough to land safely, but it stabilizes motion, so the pilot isn’t sent careening in a maddening and deadly spin.

After this, and below 10,000 ft (3,050 m) in altitude, the drogue shoot then pulls out the primary parachute right as the ejection seat’s mounting points detach from the pilot’s harness, leaving the seat to fall to its doom while the pilot is hoisted safely under the super-umbrella-like main chute. This entire process can take less than three seconds from tugging the ejection handle to descending safely under a chute. It’s a rapid sequence, full of violent jerks that can injure you, and Newman says people typically have a clear memory of the entire thing. Safe to say it’s a stressful time.

If you feel in the mood to eject at altitudes between 20,000 and 30,000 ft (6,100 to 9,150 m), opening the main chute immediately would be bad. Not because the parachute wouldn’t work, but because it would take 20 minutes to reach the ground. And, that high, there’s simply not enough oxygen to breathe, which is why oxygen bottles are usually attached to the seat. A barometric-pressure device will detect when the pilot has fallen below 10,000 ft (3,050 m), and then automatically deploy. So far, we don’t know the altitude at which the pilot of the U.K.’s recently downed F35 bailed. But, while the survival rate of ejections worldwide was 92% a decade ago, the pilot risked their life, to save it.