Before you dive in, you may want to read our related article, Implement Swagger in ASP.Net Web APIs.

How to Create an API in Visual Studio

In this section, we will create an API using Visual Studio and we will name that simple API Authentication Service, incorporating a Swagger definition to it as depicted in the image below:

Now, execute that code and display it in the browser.

After creating the API and deploying it, we are ready to create an OpenAPI definition. I have used the Swagger Inspector tool with the API endpoint, that allows developers to create a definition for an existing API by documenting the requests you send to the endpoint. Using this tool, developers can specify the type of request, body, and other attributes. Swagger Inspector logs the details and lets the developer select the methods you want to include in your definition.

Next, click “Create API Definition”; it will redirect you to SwaggerHub, as shown below:

Once the definition is created, view the details within SwaggerHub. This portal allows developers to review definitions, update descriptions and titles, and format and export definition files.

The image below shows my definition in SwaggerHub, alongside the method I defined.

There are two different routes to import an API into API Management. Developers can import via a URL or file. In the following example of SwaggerHub, I have chosen the Export option and downloaded the following file:

Next, from the Azure portal, I created an APIM service, shown below for reference:

Next, choose Add API and select the OpenAPI option as depicted below:

APIM offers several options for importing APIs. I have selected the previously downloaded file as my definition file. The utility reads other details and populates the form automatically:

Once the API is successfully imported, you can view the settings and verify everything is correct:

Finally, with the API imported, we can do some tests to confirm everything is working properly. Within the APIM portal, I can quickly test API method exposed, as follows: 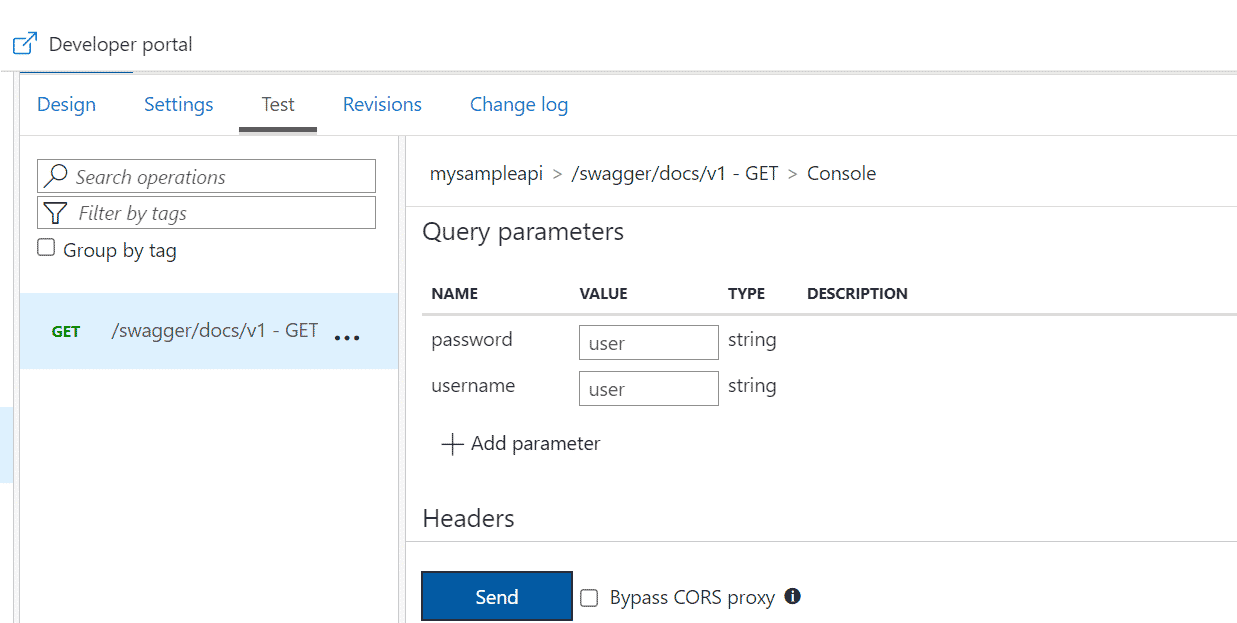 As demonstrated in this article, leveraging Azure API Management for administration, developers can quickly import their applications and manage their systems. I hope this article will be helpful for developers looking to start importing Swagger definition files in APIM. Happy coding!