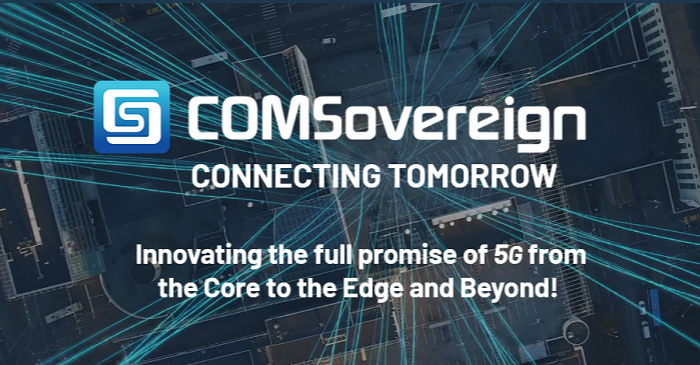 COMSovereign Holding, a US-based developer of 4G LTE Advanced and 5G communication systems and solutions, has announced that its completed Over-The-Air (OTA) testing of its breakthrough Lextrum In-Band Full Duplex (IBFD) self-interference cancellation technology. As a result of the completed testing, the Company is now introducing ASTARA (Adaptive Simultaneous Transmit and Receive Antenna), a standalone, electronically reconfigurable antenna technology specifically designed for self-interference cancellation applications. The new antenna system can enable some wireless network operators to quickly benefit from Lextrum‘s IBFD technology with up to a 100 % increase in simultaneous bandwidth.

In-Band Full Duplex, the ability to simultaneously broadcast and receive wireless signals over a single wireless channel, has the potential to dramatically increase throughput and spectral efficiency in increasingly congested and contested spectrum bands. Lextrum‘s proprietary in-band full-duplex technology addresses the limitation of traditional Time Division Duplexing (TDD) methods by delivering up to twice the throughput in a given channel and reduces the occupied bandwidth required for Frequency Division Duplexing (FDD) based systems. As it nearly eliminates the need for additional guard band spacing, the overall reduction in bandwidth as compared to traditional FDD can be greater than a factor of 2.

Dr. Scott Velazquez, Chief Research Officer at COMSovereign, said “ASTARA is a breakthrough in spectral efficiency and is a critical enabling technology for practical IBFD communications working across the most widely deployed frequencies including C and S bands which are crucial to emerging 5G deployments. Lextrum‘s IBFD essentially doubles the data capacity of communications by using the same frequency band for simultaneous transmission and reception (STAR), and with the introduction of this new antenna technology, we are able to provide the telecommunications industry with a valuable new solution that addresses efficient spectrum usage, one of the most significant challenges they face.”

“Confirmed by strong over the air test results, we believe that Lextrum‘s IBFD technology is a critical enabling technology for 5G where densification of the radio access network (RAN) will create significant challenges for network operators who are looking to maximize the value of their billion-dollar investments into spectrum. This unique and valuable technology is a key differentiator in the marketplace and is why we are so excited that it is an integral part of our product roadmap for COMSovereign as we commercialize our next generation of 5G radios including Polaris G2 scheduled for introduction next year,” added Dr Dustin McIntire, Chief Technology Officer of COMSovereign.

A whitepaper entitled “In-Band Full-Duplex Communications Using a Novel Adaptive Reconfigurable Antenna” authored by Scott R Velazquez, PhD and Dustin H McIntire, PhD, detailing the over-the-air testing of Lextrum‘s In-Band Full Duplex and ASTARA electronically reconfigurable antenna technology has been submitted for presentation at the GOMACTech 2022 conference scheduled for March 21 – 24, 2022. GOMATech was established primarily to review developments in microcircuit applications for government systems. Established in 1968, the conference has focused on advances in systems being developed by the Department of Defense and other government agencies and has been used to announce major government microelectronics initiatives.