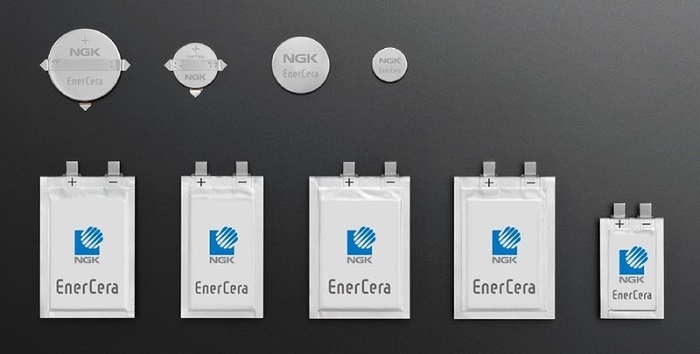 The adoption of sensor networks using many IoT devices has been increasing in recent years. Conventionally, powering IoT devices involved power cables and primary batteries (disposable batteries), so cumbersome wiring and replacing batteries had been an issue. Using RF to transfer power over about 10 meters, WPT is attracting attention as a power supply technology that promotes the realization and widespread use of maintenance-free IoT devices as it enables the power supply to places where wiring presents difficulties and eliminates the need to replace batteries. In particular, Ossia’s Cota WPT using the 5.8 GHz band is expected to be used in a wide range of applications, including power supplies for sensors installed in places such as enterprise environments, retail, factories and warehouses. At a higher frequency of 5.8 GHz, it enables smaller receivers and more precise control of the power supply.

NGK, TOREX and Ossia are working together to spread the use of 5.8 GHz band WPT. The WPT power receiver development kit consists of the Ossia Antenna that extracts radio frequency as power, EnerCera batteries that store the power and a power supply IC that stably supplies the stored power at an optimal voltage to an MCU or sensor. Connecting this kit to any MCU or sensor enables developing a device with WPT as a power source.

Iwao Ohwada, Vice President, General Manager, Advanced Device Components Div., Electronics Business Group at NGK INSULATORS stated that with features such as low resistance, high capacity, and long life, EnerCera batteries are an ideal energy storage device for WPT because they can efficiently charge the power transmitted via WPT and store it for long periods of time and provide high enough output to power MCUs and sensors. Combined with the power supply IC and Ossia’s WPT technology, they will promote the development and popularization of maintenance-free IoT devices powered by WPT using the 5.8 GHz band.

EnerCera is an ultra-small/ultra-thin lithium-ion rechargeable battery using NGK’s original crystal-oriented ceramic plate as electrodes. EnerCera’s unique battery structure (semi-solid-state battery) where small amounts of electrolytic solution are infused into multi-layered ceramic battery materials, enabling it to achieve features required to power IoT devices but which had been difficult to incorporate in existing lithium-ion rechargeable batteries, such as being ultra-small/ultra-thin, high capacity, high output, high-heat-resistance and long life. EnerCera batteries’ innovation and practicality have been highly commended, and it has received many awards as an energy storage device promoting the full-scale popularization of IoT modules.

Click here to keep up to date with new developments in the Wireless Charging sector.