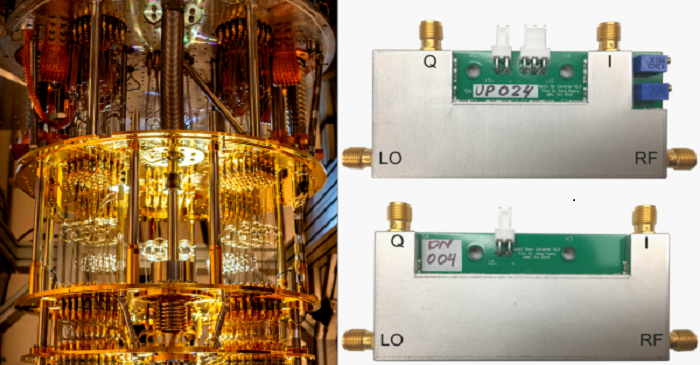 A team of physicists and engineers at Lawrence Berkeley National Laboratory (Berkeley Lab) successfully demonstrated the feasibility of low-cost and high-performance radio frequency modules for qubit controls at room temperature. They built a series of compact radio frequency (RF) modules that mix signals to improve the reliability of control systems for superconducting quantum processors. Their tests proved that using modular design methods reduces the cost and size of traditional RF control systems while still delivering superior or comparable performance levels to those commercially available.

Their research, featured as noteworthy in the Review of Scientific Instruments and selected as a Scilight by the American Institute of Physics, is open source and has been adopted by other quantum information science (QIS) groups. The team expects the RF modules’ compact design is suitable for adaptation to the other qubit technologies as well. The research was conducted at the Advanced Quantum Testbed (AQT) at Berkeley Lab, a collaborative research program funded by the U.S. Department of Energy’s Office of Science.

A Question of Scale

Despite significant advances in building processors with more qubits, which will ultimately be needed to demonstrate a quantum advantage over classical computers, quantum computers continue to be noisy and error-prone. Each additional qubit introduces new layers of complexity and possibilities for electrical failure, especially at room temperature. This growth in complexity and computing power requires a rethinking of certain core control elements.

A key aspect of this modular system is delivering high-resolution, low-noise RF signals needed to manipulate and measure the superconducting qubit at room temperature. To do so, it’s important to shift the qubit manipulation and measurement signal frequency between the electronics baseband and the quantum system. 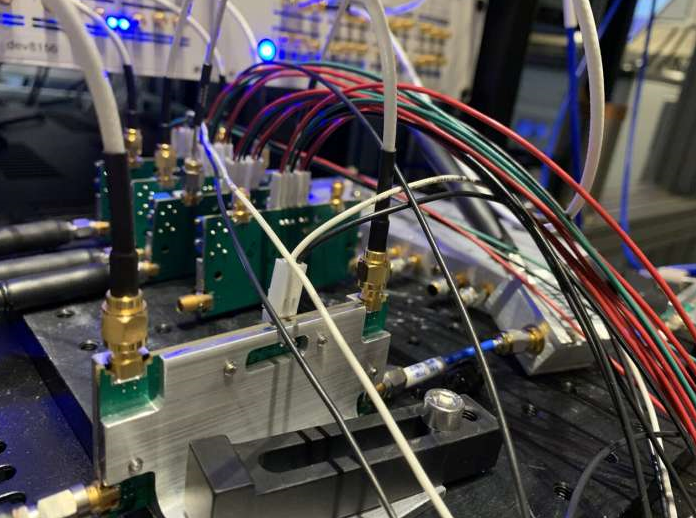 Using the team’s low-noise RF mixing module to shift the bandwidth with a limited intermediate frequency between the electronics baseband and the quantum system intrinsic band allows researchers to utilize less noisy converters for better performance and at a lower cost.

Huang and Xu said that while their system was designed for superconducting systems, it could be expanded to other quantum information science platforms. “In general, the architecture of RF mixing can be expanded to higher frequencies,” they noted. “Therefore, if we replace some electronic components with appropriate frequency, this kind of compact design should be able to adapt to the other qubit platforms, i.e., semiconductor qubit systems.”

Researchers also designed electromagnetic interference shielding to eliminate undesired perturbations, which reduce signal integrity and limit overall performance. This shielding aims to prevent the signal from leaking out and interfering with surrounding electronics – a common problem for quantum computers.

With the release of a control system that is open source, the team hopes that the broader community uses and contributes to the repository, improving the hardware. By replacing a few electronic components with appropriate frequency, this kind of compact design may adapt to a variety of quantum computing facilities.

“This is one of our first efforts to develop an open-source control system for superconducting quantum processors,” explained Huang. “We will continue to optimize the physical size and cost of the module and further integrate with our FPGA-based controller to improve the extensibility of the qubit control system.”

Looking ahead, the researchers are already building on these efforts to create new possibilities in quantum computing and offer a new technology to control qubits.

“Such integration and optimization will help room-temperature-based control systems keep pace with advancements in the complexity of quantum processors,” noted Xu.