Last week we got some details on the upcoming Moto G22 codenamed Hawaii+ and today Evan Blass is here to fill us in on more details. Last week’s renders depicted the OLED version of the G22 while this week we get to see the LCD model.

The front looks identical with a 6.5-inch 1,600 x 720px LCD with 90Hz refresh rate and a centered punch-hole cutout. The rear packs a slightly altered triple cam setup said to consist of a 50MP main cam, an 8MP ultrawide snapper and two 2MP modules for macro shots and depth data. 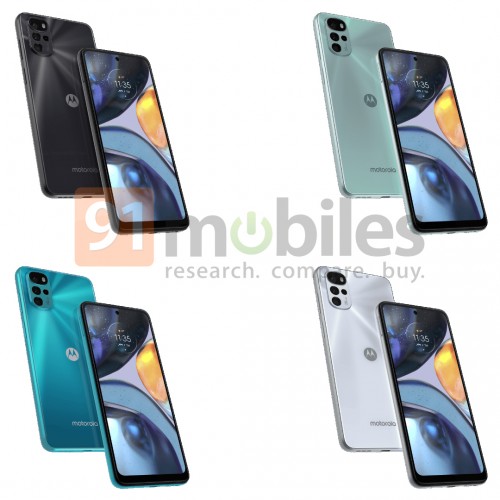 Moto G22 will utilize the yet to be announced MediaTek G37 chipset which should consist of four ARM 53 cores clocked at 2.3GHz alongside four ARM 53 cores running at 1.8GHz and an unidentified GPU clocked at 680MHz. The baseline versions of the phone will offer 4GB RAM and 64GB storage. Moto G22 will also be sold as the Lenovo K15+ in some markets. It will have a 5,000 mAh battery, headphone jack and a side-mounted fingerprint scanner housed in the power button. There’s no word on pricing and availability at this point.