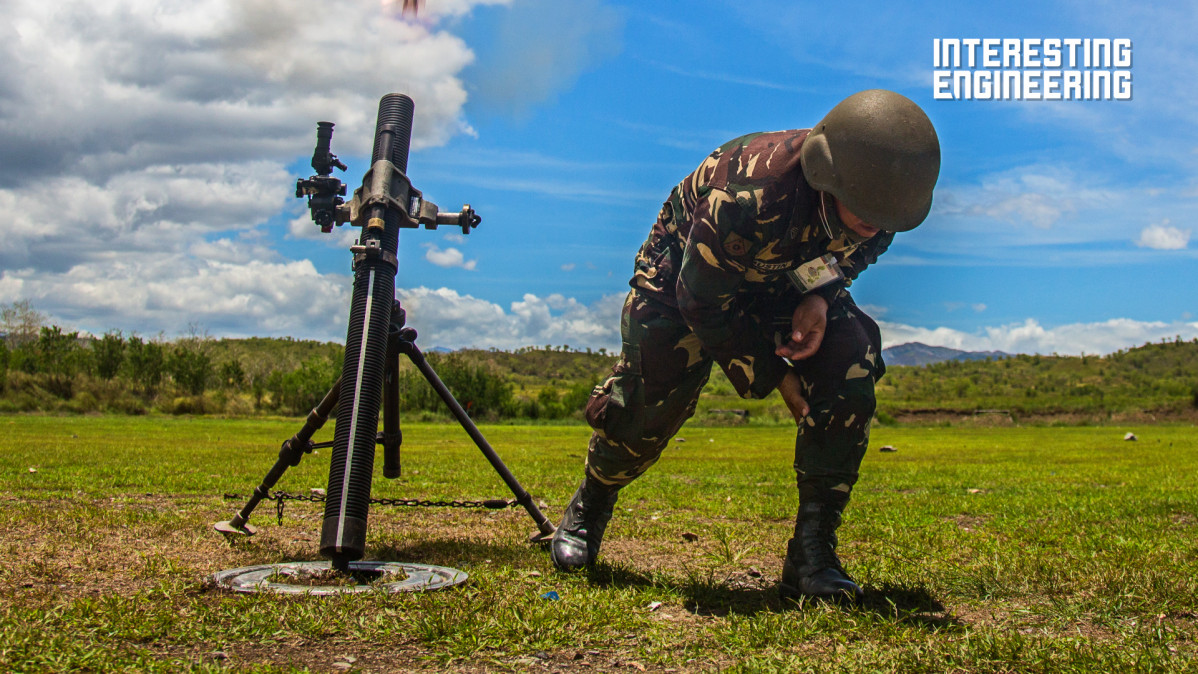 Some of these weapons can even seek out targets on their own.

You may have heard mortar guns. They are the modern-day versions of trebuchets and catapults and the logical evolution of the siege weapons of old.

They first came into use as the Stokes mortar introduced in World War 1, a weapon that was portable, simple to operate, and hit with impeccable force. Today, mortar crews usually consist of three people: a squad leader, a gunner, and an assistant gunner, each with his own specific task.

The first issues out the commands, the second aims the mortar, and the third loads it. Some of today’s more advanced mortars even feature state-of-the-art laser targeting systems to minimize the circular error probable (CEP) of each round.

Militaries around the world use this feature to calculate the chances of a fired round hitting its target. There are even mortar models like the Iron Sting that undertake these computations on-board, resulting in more accurate, and precise, mortar strikes.

Despite their high precision and superior results, most modern mortars work relatively simply. Once the weapon has been put into its appropriate place, all gunners have to do is point it towards the target and load their rounds (most often explosive ones).

Some rounds can even seek out targets on their own. Don’t believe us? Watch the video to find out more.