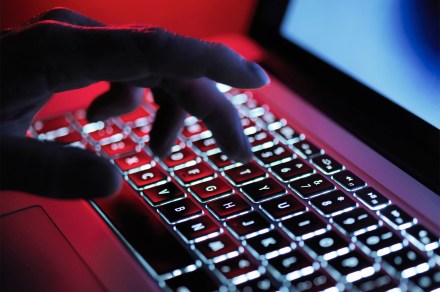 The FBI, Department of Justice (DoJ), and Internal Revenue Service (IRS) have worked together to shut down the SSNDOB Marketplace, a collection of darknet sites that listed the personal information of around 24 million U.S. citizens, and which generated more than $19 million in sales revenue.

For the uninitiated, the darknet, also known as the dark web, is an encrypted part of the online world that isn’t indexed by search engines and can only be accessed using specialized browsers. While the darknet is popular with cybercriminals selling illegal products and services online, others such as political activists or whistleblowers might also use the network to share highly sensitive information.

The DoJ said this week that the SSNDOB Marketplace, which had been operating for a number of years, sold personal information such as names, dates of birth, and Social Security numbers belonging to individuals in the U.S.

Efforts to dismantle the service involved working with law enforcement in Cyprus and Latvia, and earlier this week seizure orders were enacted against the domain names used by the SSNDOB Marketplace, leading to its shutdown.

The SSNDOB Marketplace appeared to be an efficiently run business operated by administrators who placed ads on darknet criminal forums for the SSNDOB’s services while also offering customer support, the DoJ said.

It added that the administrators “employed various techniques to protect their anonymity and to thwart detection of their activities, including using online monikers that were distinct from their true identities, strategically maintaining servers in various countries, and requiring buyers to use digital payment methods, such as bitcoin.”

Commenting on the case, Special Agent in Charge Darrell Waldon of the IRS-CI Washington, D.C. Field Office, said: “Identity theft can have a devastating impact on a victim’s long-term emotional and financial health. Taking down the SSNDOB website disrupted ID theft criminals and helped millions of Americans whose personal information was compromised.”

Waldon added that the U.S. and international law enforcement community will continue to work to end what he called “these complex scams.”

With apparently no arrests made in connection with the case, the perpetrators behind SSNDOB remain free to set up a new operation, while other cybercriminals could also come in to try to fill the hole left by the shutdown. In that sense, it’s a game of whack-a-mole for the FBI, though its efforts will stall and disrupt the perpetrators while also sending out a message that it’s on their case.

In another recent win for investigators targeting nefarious online outfits, the “biggest dark web marketplace in the world” was knocked offline in April. The platform, Hydra Market, made its money through sales of drugs and money-laundering services.