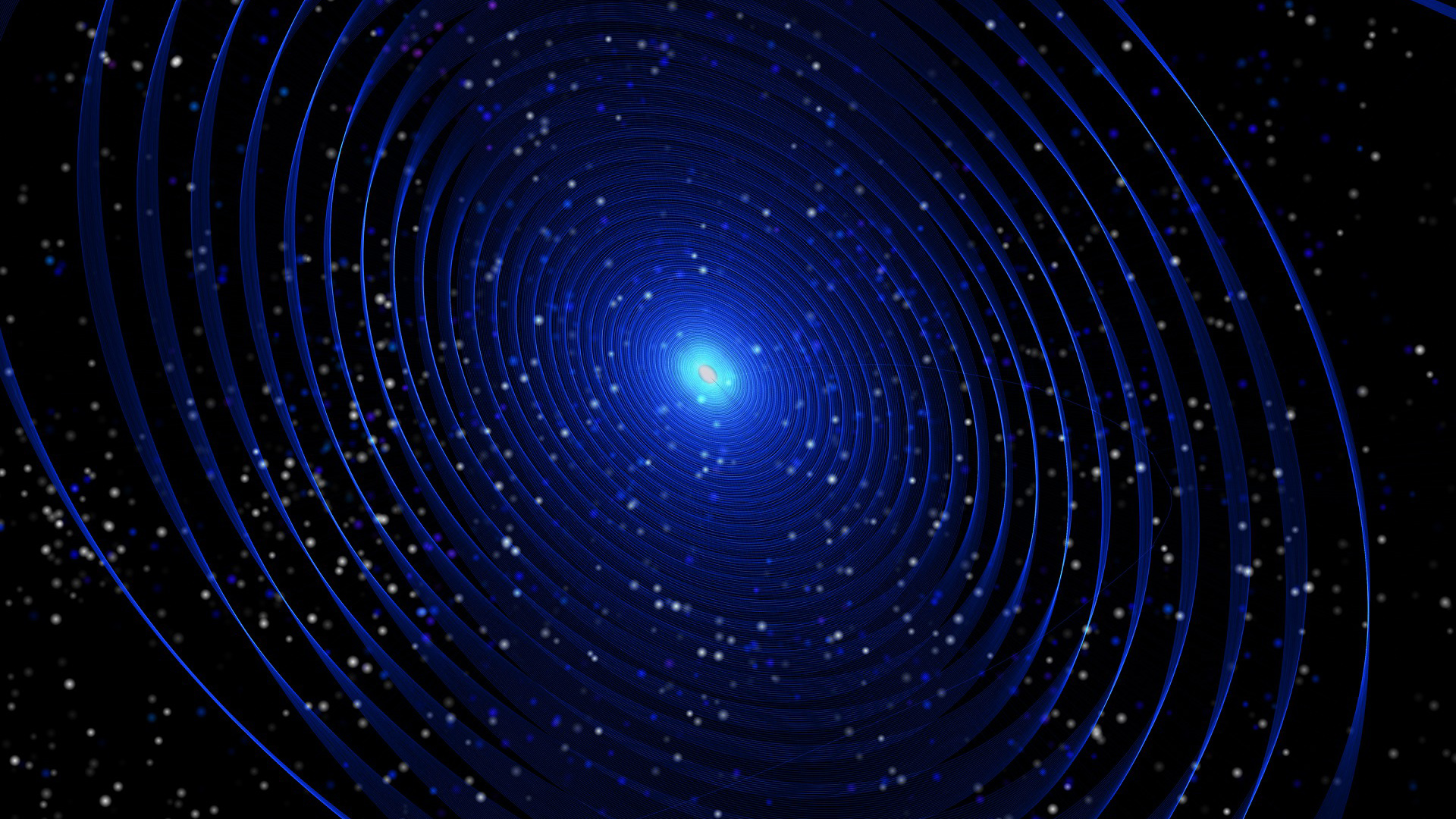 Researchers have discovered a new particle that is a magnetic relative of the Higgs boson. Whereas the discovery of the Higgs boson required the tremendous particle-accelerating power of the Large Hadron Collider (LHC), this never-before-seen particle  —  dubbed the axial Higgs boson — was found using an experiment that would fit on a small kitchen countertop.

As well as being a first in its own right, this magnetic cousin of the Higgs boson  —  the particle responsible for granting other particles their mass  —  could be a candidate for dark matter, which accounts for 85% of the total mass of the universe but only reveals itself through gravity.

“When my student showed me the data I thought she must be wrong,” Kenneth Burch, a professor of physics at Boston College and lead researcher of the team that made the discovery, told Live Science. “It’s not every day you find a new particle sitting on your tabletop.”

The axial Higgs boson differs from the Higgs boson, which was first detected by the ATLAS and CMS detectors at the LHC a decade ago in 2012 ,  because it has a magnetic moment, a magnetic strength or orientation that creates a magnetic field. As such, it requires a more complex theory to describe it than its non-magnetic mass-granting cousin.

In the Standard Model of particle physics, particles emerge from different fields that permeate the universe, and some of these particles shape the universe’s fundamental forces. For example photons mediate electromagnetism, and hefty particles known as W and Z bosons mediate the weak nuclear force, which governs nuclear decay at subatomic levels. When the universe was young and hot, however, electromagnetism and weak force were one thing and all of these particles were nearly identical. As the universe cooled, the electroweak force split, causing the W and Z bosons to gain mass and to behave very differently from photons, a process physicists have called “symmetry breaking.” But how exactly did these weak-force-mediating particles get so heavy?

It turns out that  these particles interacted with a separate field, known as the Higgs field. Perturbations in that field gave rise to the Higgs boson and lent the W and Z bosons their heft.

The theory behind the axial Higgs boson is more complicated.

“In the case of the axial Higgs boson, it appears multiple symmetries are broken together, leading to a new form of the theory and a Higgs mode [the specific oscillations of a quantum field like the Higgs field] that requires multiple parameters to describe it: specifically, energy and magnetic momentum,” Burch said.

Burch, who along with colleagues described the new magnetic Higgs cousin in a study (opens in new tab) published Wednesday (June 8) in the journal Nature, explained that the original Higgs boson doesn’t couple directly with light, meaning it has to be created by smashing other particles together with enormous magnets and high-powered lasers while also cooling samples to extremely cold temperatures. It’s the decay of those original particles into others that pop fleetingly into existence that reveals the presence of the Higgs.

The axial Higgs boson, on the other hand, arose when room-temperature quantum materials mimicked a specific set of oscillations, called the axial Higgs mode. Researchers then used the scattering of light to observe the particle.

“We found the axial Higgs boson using a tabletop optics experiment which sits on a table measuring about 3.2 by 3.2 feet (1 by 1 meters) by focusing on a material with a unique combination of properties,” Burch continued. “Specifically we used rare-earth Tritelluride (RTe3) [a quantum material with a highly 2D crystal structure]. The electrons in RTe3 self-organize into a wave where the density of the charge is periodically enhanced or reduced.”

The size of these charge density waves,   which emerge above room temperature,  can be modulated over time, producing the axial Higgs mode.

“Originally we were simply investigating the light scattering properties of this material. When carefully examining the symmetry of the response  —  how it differed as we rotated the sample  —  we discovered anomalous changes that were the initial hints of something new,” Burch explained. “As such, it is the first such magnetic Higgs to be discovered and indicates the collective behavior of the electrons in RTe3 is unlike any state previously seen in nature.”

Particle physicists had previously predicted an axial Higgs mode and even used it to explain dark matter, but this is the first time it has been observed. This is also the first time scientists have observed a state with multiple broken symmetries.

Symmetry breaking occurs when a symmetric system that appears the same in all directions becomes asymmetric. Oregon University (opens in new tab) suggests thinking of this as being like a spinning coin that has two possible states. The coin eventually falls onto its head or tail face thus releasing energy and becoming asymmetrical.

The fact that this double symmetry-breaking still jives with current physics theories is exciting, because it could be a way of creating hitherto unseen particles that could account for dark matter.

“The basic idea is that to explain dark matter you need a theory consistent with existing particle experiments, but producing new particles that have not yet been seen,” Burch said.

Adding this extra symmetry-breaking via the axial Higgs mode is one way to accomplish that, he said.  Despite being predicted by physicists, the observation of the axial Higgs boson came as a surprise to the team, and they spent a year attempting to verify their results, Burch said.