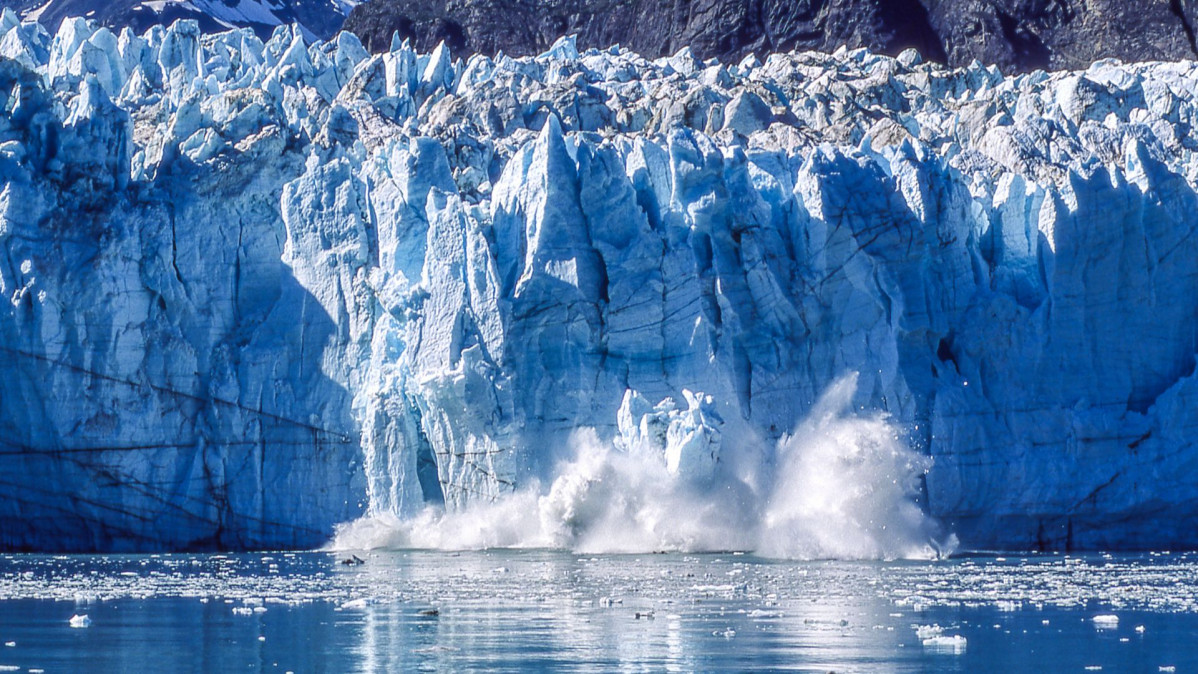 The vast glaciers in Antarctica could contribute as much as 3.4 meters to global sea-level rise over the next several centuries at the current rate of retreat.

A new study led by the University of Maine and the British Antarctic Survey, including academics from Imperial College London, has found that the Thwaites and Pine Island glaciers in Antarctica are notoriously vulnerable glaciers, and have begun retreating at a rate unseen in the last 5,500 years.

The repercussions can be devastating. The Thwaites glacier is known as the ‘doomsday’ glacier.

With areas of 192,000 km2 (nearly the size of the island of Great Britain) and 162,300 km2, respectively, the Thwaites and Pine Island glaciers have the potential to cause significant rises in global sea level.

The researchers measured the rate of local sea-level change, which is an indirect way to measure ice loss around the glaciers at risk of melting from global warming.

The paper is published in Nature Geoscience.

Antarctica is covered by the East and West Antarctic Ice Sheets, which in turn feed several individual glaciers. Thanks to global warming, the WAIS has been melting at accelerated rates over the past few decades.

Co-author Dr. Dylan Rood of Imperial’s Department of Earth Science and Engineering says that they “reveal that although these vulnerable glaciers were relatively stable during the past few millennia, their current rate of retreat is accelerating and already raising global sea level.”

“These currently elevated rates of ice melting may signal that those vital arteries from the heart of the West Antarctic Ice Sheet have been ruptured, leading to accelerating flow into the ocean that is potentially disastrous for future global sea level in a warming world. Is it too late to stop the bleeding?”

Over 5,000 years ago, the climate was much warmer than today during the mid-Holocene period. As a result, sea levels were higher and glaciers smaller. The researchers saw that period as their starting point and so studied fluctuations in sea level since then. They examined the remnants of old Antarctic beaches – which include seashells and penguin bones – using radiocarbon dating.

The technique uses the radioactive decay of carbon locked in the shells and bones as a clock to tell us how long they have sat above sea level.

By figuring out the exact age of these beaches, the researchers could tell when each beach appeared and therefore ‘reconstruct changes in local, or ‘relative,’ sea level over time.

These results showed a steady fall in relative sea level over the last 5,500 years, which the researchers interpreted as a result of ice loss just before that time.

They also showed that the rate of relative sea-level fall since the mid-Holocene was almost five times smaller than that measured today. It could be attributed to recent rapid ice mass loss.

Can it be reversed?

The researchers also compared their results to existing global models of the dynamics between ice and the Earth’s crust.

Their data revealed that the models, in fact, did not provide an accurate representation of the sea-level rise history of the area during the mid-to-late-Holocene. This study helps paint a better picture of the region’s history.

The most straightforward interpretation of their data is that these glaciers have been relatively stable from the mid-Holocene until recent times—and that the present-day rate of glacier retreat that has doubled over the past 30 years is unprecedented over the last 5,500 years.

Lead author Professor Brenda Hall of the University of Maine says that “relative sea-level change allows you to see large-scale crustal loading and unloading by ice. For example, glacier readvance, which would result in crustal loading, would slow the rate of relative sea-level fall or potentially even cause submergence of the land below sea level.”

Next, the researchers will be drilling through the ice to collect rock underneath, which may contain evidence of whether current accelerating rates of melting are reversible or not.

Abstract: The rapidly retreating Thwaites and Pine Island glaciers together dominate present-day ice loss from the West Antarctic Ice Sheet and are implicated in runaway deglaciation scenarios. Knowledge of whether these glaciers were substantially smaller in the mid-Holocene and subsequently recovered to their present extents is important for assessing whether current ice recession is irreversible. Here we reconstruct relative sea-level change from radiocarbon-dated raised beaches at sites immediately seawards of these glaciers, allowing us to examine the response of the earth to loading and unloading of ice in the Amundsen Sea region. We find that relative sea level fell steadily over the past 5.5 kyr without rate changes that would characterize large-scale ice re-expansion. Moreover, current bedrock uplift rates are an order of magnitude greater than the rate of long-term relative sea-level fall, suggesting a change in regional crustal unloading and implying that the present deglaciation may be unprecedented in the past ~5.5 kyr. While we cannot preclude minor grounding-line fluctuations, our data are explained most easily by early Holocene deglaciation followed by relatively stable ice positions until recent times and imply that Thwaites and Pine Island glaciers have not been substantially smaller than present during the past 5.5 kyr.