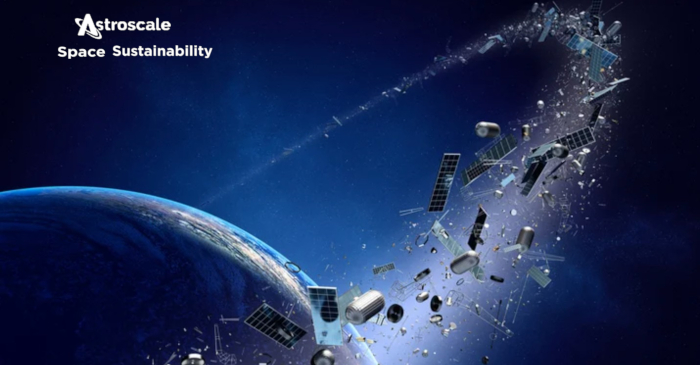 Companies such as OneWeb are launching constellations comprised of hundreds of communications satellites to connect people in the hardest-to-reach locations through global satellite internet broadband services. OneWeb currently has 428 satellites orbiting approximately 1200 km above the Earth; its completed constellation will number almost 650 satellites.

Removing these telecommunications satellites from their orbits once they are at the end of their lives is essential to ensure that today’s interconnected digital world is not compromised by collisions that damage active satellites in space – and to protect the low Earth orbit environment as a natural and shared resource.

There are currently two options for removing end-of-life OneWeb satellites from their orbits at the end of their predicted five to six years of service. Each has been allocated enough fuel to be able to actively deorbit at the end of its useful lifetime. But, in case of failure, each has also been built with either a magnetic or a grappling fixture, so that a servicer spacecraft could collect and actively deorbit the satellite.

Following this demonstration, Astroscale will offer a commercial service for clients that operate satellite constellations in low Earth orbit, providing the technology and capability to make in-orbit servicing part of routine satellite operations by 2030.

ESA fosters innovation in the European space industry through its Partnership Projects, which seek to de-risk the investments of its industrial partners to meet market needs.

The ESA Sunrise program is supported by the UK Space Agency and involves not only OneWeb and Astroscale, but also British start-up companies SatixFy and Celestia UK, as well as the University of Surrey.

UK Science Minister George Freeman said: “With thousands of satellites already in orbit and thousands more being launched every year, addressing the issue of space debris and finding new ways to remove defunct spacecraft and other types of space junk is of ever-increasing importance – to both reduce the cost of debris damage for satellite operators and ensure space is safe and sustainable. “That is why the UK government has made space sustainability a key theme of our National Space Strategy and it is fantastic to see leading roles for UK companies Astroscale and OneWeb in this ESA project, helping us continue to show UK technology leadership in this important area.”

Paul Bate, Chief Executive of the UK Space Agency, said: “Space debris threatens the satellites we depend on every day for vital services, such as navigation, banking and communications. “That’s why the UK is taking action, by funding new commercial technologies to remove debris from space and working with international partners to lead efforts to promote sustainability. This latest phase of the Sunrise programme partnership between Astroscale and OneWeb will deliver an innovative spacecraft servicer to remove multiple defunct satellites, putting the UK at the forefront of efforts to clear up space.”

Massimiliano Ladovaz, Chief Technology Officer at OneWeb, said: “Responsible space is central to our mission at OneWeb and we are committed to sustainable practices in all the environments in which we operate. The development of the ELSA-M servicer prototype is another significant milestone towards a responsible approach to space, ensuring that our satellites can be de-orbited and that the low Earth orbit environment is protected as a natural and shared resource.”

John Auburn, Managing Director of Astroscale, said: “Phase 3 of the Sunrise program is a major step forward for ELSA-M towards an in-orbit demonstration and the start of a commercial debris removal service, capable of removing multiple defunct satellites in a single mission. The ELSA-M in-orbit demonstration, planned for late 2024, will build on lessons learned from the ELSA-d mission and demonstrate our innovative rendezvous, capture and de-orbit capabilities with a full-size constellation client.”

Elodie Viau, Director of Telecommunications and Integrated Applications at ESA, said: “It is vital to ensure the responsible use of space to protect today’s interconnected world, because our digital economy and society rely on the ability to communicate. I am proud of ESA’s track record in fostering innovation in the space industry in Europe, bringing to fruition new ways of ensuring the sustainable use of space, and of the role that ESA’s Partnership Projects play as a trusted partner for investors, operators and industry.”