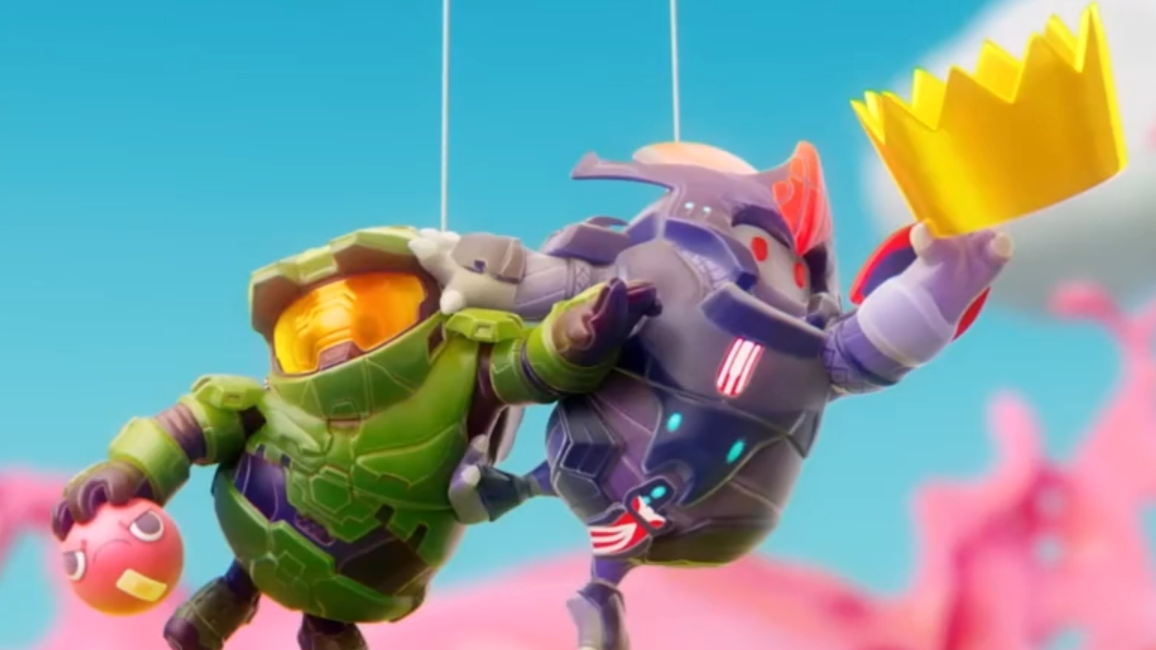 Mediatonic’s smash multiplayer hit Fall Guys: Ultimate Knockout is finally making its way to Xbox on June 21, and based on a leaked trailer that was originally uploaded to the studio’s Bilibili account, it looks like Microsoft and developer Mediatonic are celebrating by launching a Halo x Fall Guys live event. Based on the last few moments of the trailer, it appears that the event will run from June 30 until July 4 and will be available on all platforms, including Xbox, PlayStation, Nintendo Switch, and PC.

The trailer video confirms that during the event, players will be able to earn several Halo-themed outfits and skins for their Fall Guy, including Master Chief’s MJOLNIR armor, a Brute Chieftain’s battle attire, a Covenant Grunt outfit, and even the hilarious “cat ears” Spartan helmet introduced in Halo Infinite.

MT seemingly leaked the Halo trailer on Bilibili. Collab looks like it releases June 30th?If you want it gone MT, shoot me a DM. pic.twitter.com/RkasvIAQYFJune 13, 2022

As funny as the outfits are, though, I think the actual trailer itself is even more comical. Longtime Halo fans will recognize it as a humorous reference to the beloved “Halo 3: Believe” trailer that played somber piano music over close-up footage of a meticulously crafted battlefield diorama. The trailer depicts humanity’s brutal fight to survive against the overwhelming forces of the Covenant, so to see Mediatonic recreate it in such a goofy way is pretty hilarious.

When Fall Guys: Ultimate Knockout comes to Xbox and Nintendo Switch on June 21, the game will be made free-to-play. This will completely remove nearly all barriers to entry, allowing all gamers on all platforms other than mobile to download and try the game free of charge. The game will also fully support crossplay, allowing players on each platform to matchmake with one another.