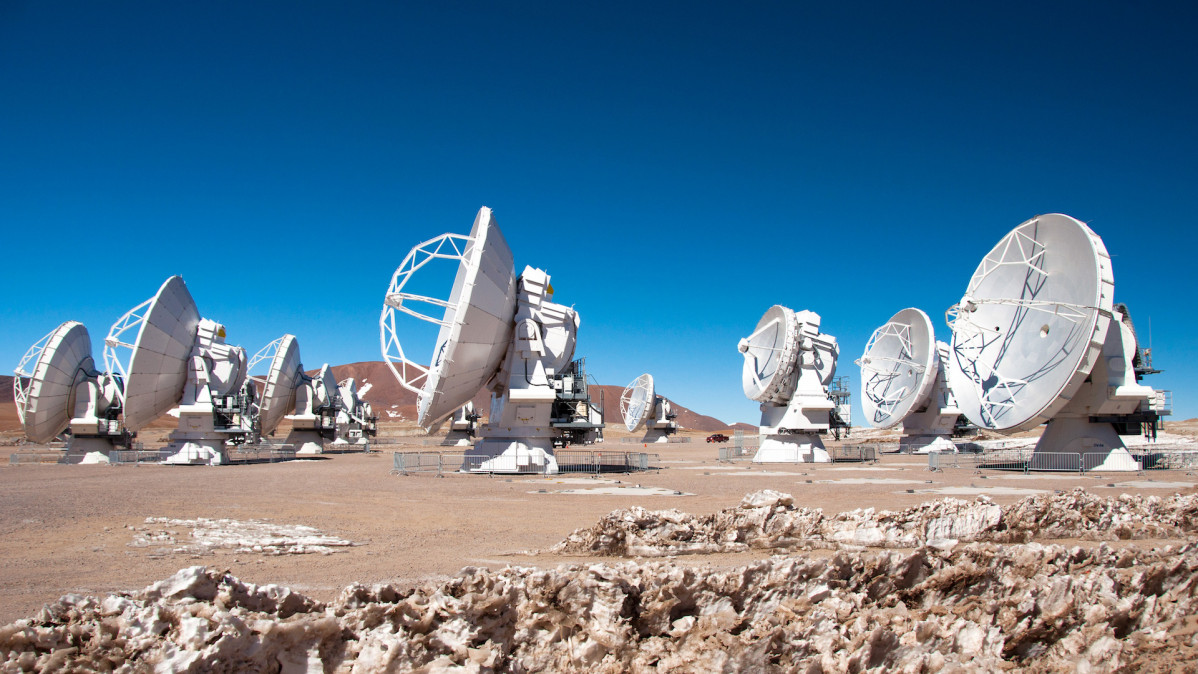 Scientists observed a large amount of cold, neutral gas in the outer regions of an early galaxy’s center, indicating that this part of a galaxy’s evolution may be more complex than once believed, a press statement reveals.

The observations of the young galaxy A1689-zD1, made using the Atacama Large Millimeter/submillimeter Array (ALMA), also showed outflows of hot gas from the galactic center.

The James Webb Telescope will soon follow up with new observations of the fledgling galaxy, providing unprecedented insight into early galaxy formation.

Uncovering the mysteries of the early universe

The findings, outlined in a paper in The Astrophysical Journal, shed new light on the process of galactic evolution, helping us understand the process by which the Milky Way became the complex spiraling structure it is today.

“A1689-zD1 is located in the very early Universe — only 700 million years after the Big Bang. This is the era where galaxies were just beginning to form,” said Hollis Akins, an undergraduate student in astronomy at Grinnell College and the lead author of the new paper.

“What we’re seeing in these new observations is evidence of processes that may contribute to the evolution of what we call normal galaxies as opposed to massive galaxies,” Akins continued. “More importantly, these processes are ones we did not previously believe applied to these normal galaxies.”

The team used ALMA’s incredibly sensitive Band 6 receiver to focus on a halo of carbon gas extending far beyond the galaxy’s center. This halo type is common in early galaxies and could provide evidence of ongoing star formation.

“The carbon gas we observed in this galaxy is typically found in the same regions as neutral hydrogen gas, which is also where new stars tend to form,” Akins said. “If that is the case with A1689-zD1, the galaxy is likely much larger than previously thought. It’s also possible that this halo is a remnant of previous galactic activity, like mergers that exerted complex gravitational forces on the galaxy leading to the ejection of a lot of neutral gas out to these large distances.”

Akins says that the galaxy’s early evolution was likely highly dynamic either way. What’s more, the team believes the previously unobserved finding may be common and applicable to many other galaxies.

This could have significant implications for our understanding of the galactic formation, particularly as the young galaxy A1689-zD1 was first observed by the Hubble Space Telescope before ALMA’s radio observations uncovered the new details. ALMA’s observations, in turn, were aided by gravitational lensing, a technique by which telescopes are trained on areas near large celestial bodies to utilize the light distortion to peer even further into the universe. This technique allowed the scientists in the new study to observe the image magnified nine times more than in previous observations.

“The emission from the carbon gas in A1689-zD1 is much more extended than what was observed with Hubble Space Telescope, and this could mean that early galaxies are not as small as they appear,” said Seiji Fujimoto, a postdoctoral researcher at the Niels Bohr Institute’s Cosmic Dawn Center, and co-author on the study.

“If, in fact, early galaxies are larger than we previously believed this would have a major impact on the theory of galaxy formation and evolution in the early Universe,” Fujimoto added.

The scientists believe their research adds to an exciting body of work, showing that the early universe is much more complex than previously thought. Spectroscopy and infrared observations of A1689-zD1 are planned for January 2023, using the NIRSpec Integral Field Unit (IFU) and NIRCam on the James Webb Space Telescope, which is due to make its first science observations this summer. The new research may help completely change our understanding of galaxy formation and how our planet came into existence.