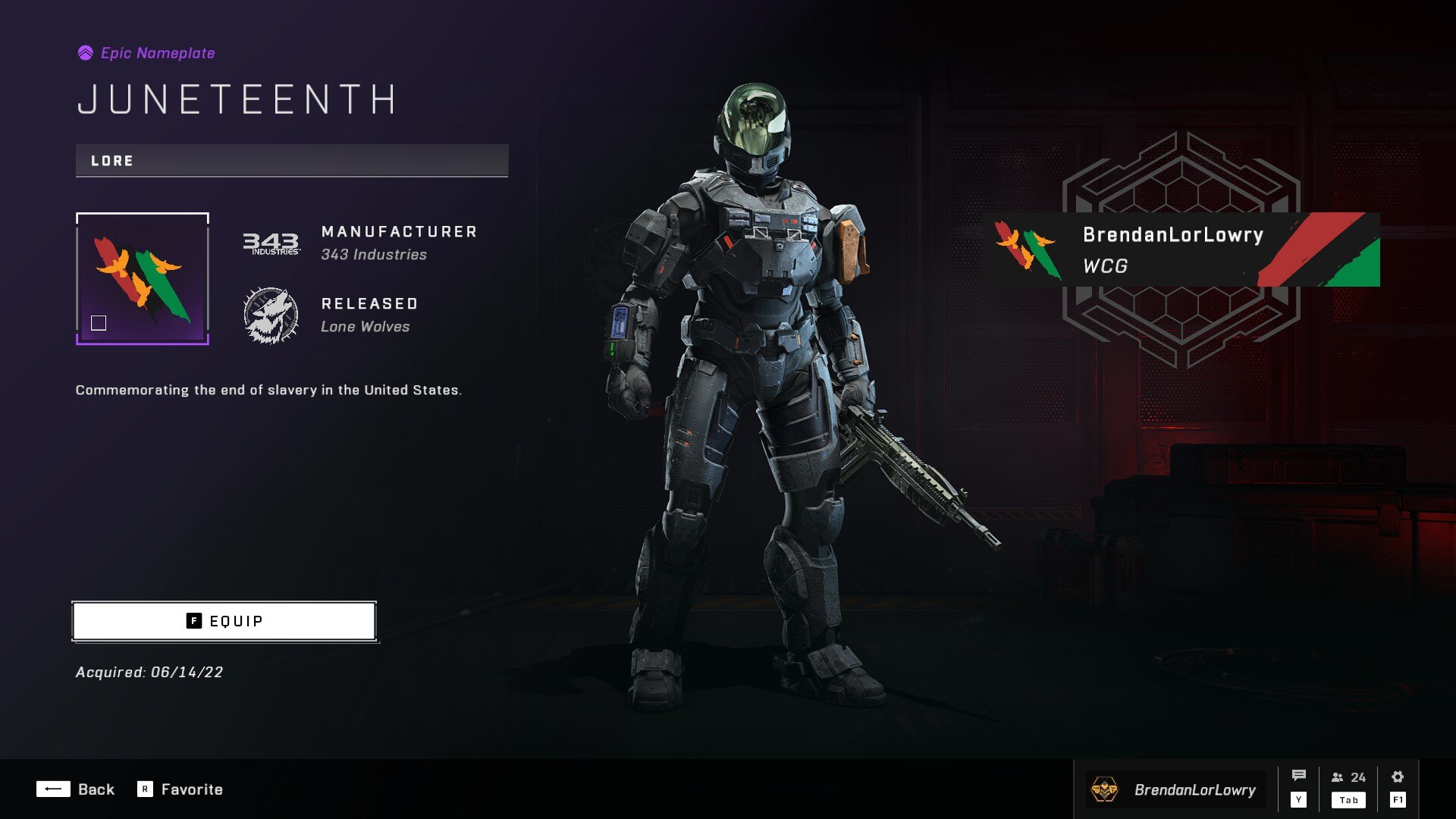 Update 6/15/2022, 12:54 a.m.: Founder and Head of 343 Industries Bonnie Ross has apologized for the title of the nameplate on behalf of the studio. “We are a studio and franchise that is committed to inclusivity where everyone is welcome and supported to be their true self,” wrote Ross. “On behalf of 343, I apologize for making a celebrated moment a hurtful moment.”

Our original story follows below.

Halo Infinite developer 343 Industries is currently facing significant backlash from the Halo community after a nameplate customization item titled “Bonobo” was added to the game on June 14. The nameplate is themed after Juneteenth, a United States holiday that celebrates the emancipation of enslaved Black people. When you consider that associating Blacks with primates is a common form of racist and discriminatory rhetoric, it should be abundantly clear why this is a problem.

After many Halo community members took to social media to bring attention to this issue, 343 Industries quickly updated the title of the nameplate to “Freedom” to address the problem. Later in the day, the name was changed again — this time to “Juneteenth,” which is still the nameplate’s current title at the time of writing.

343 Industries Senior Community Manager John Junyszek responded to fan inquiries about why the nameplate was named “Bonobo” in the first place, stating that the title was the name of a developer tool and that it was erroneously applied to the nameplate.

Thank you for bringing this to our attention, Sean. We strive to create diverse and inclusive gaming communities. While the original name refers to an internal toolset, it was not intended to be applied to this content and we recognize the harm it may have caused. (1/2)June 14, 2022

“We strive to create diverse and inclusive gaming communities. While the original name refers to an internal toolset, it was not intended to be applied to this content and we recognize the harm it may have caused,” Junyszek said. “The palette was incorrectly named and we immediately renamed it via an update.”

Windows Central reached out to 343 Industries for further comment on the matter, but we were told that the developers “don’t have anything additional to share at this time.”