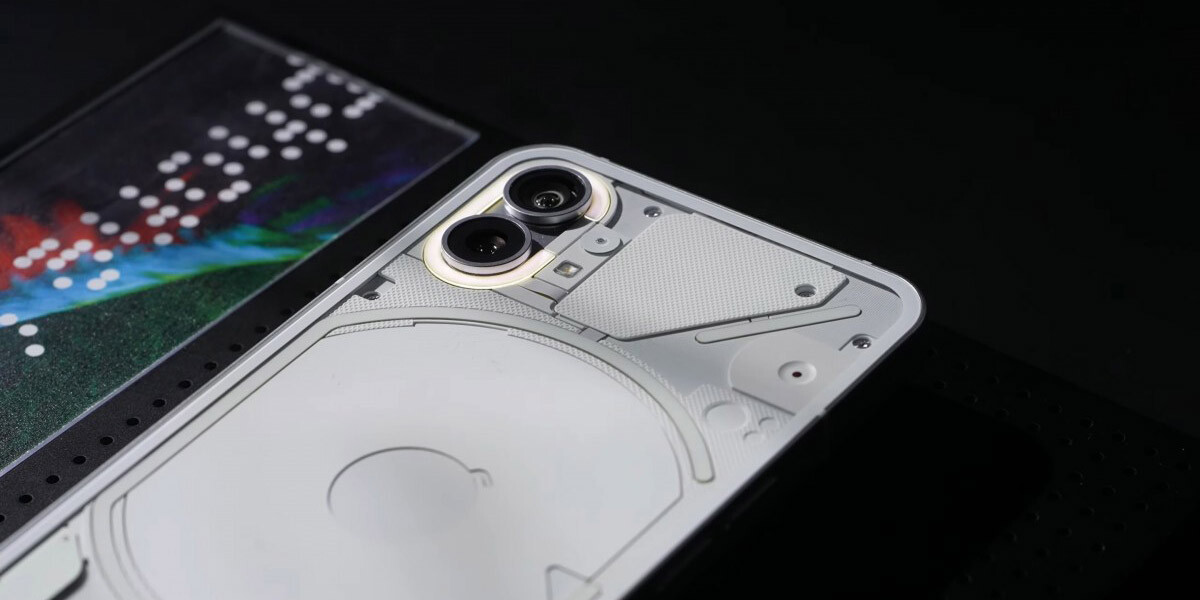 Just yesterday, Nothing released official photos of its upcoming first smartphone, the Nothing Phone (1), and today, a few videos have surfaced from an event in Switzerland showing what the device looks live.

The Nothing Phone (1) is all about bringing something fun and different in what founder Carl Pei says is a “boring” world of smartphone launches. And the fun part of this phone is definitely the design. It features a translucent back showcasing layers of components and the connecting elements and screws, but the really cool feature is an array of LED light strips that form a unique pattern. During the event, we see that each of these LED light strips can glow and flash individually, or they can work together.

Another feature that wasn’t immediately obvious from the photo is that the two rear cameras actually bulge out the back. Some people have rushed to compare the look of the Nothing Phone (1) to the iPhone X, and while there might be some similarity, this element alone helps differentiate those two quite a bit.

The phone (1) has flat sides, and the frame is made of 100% recycled aluminum. You also have a power button on the right and two separate volume keys on the left. On the bottom, you can see a USB-C charging port and a speaker grill, but no headphone jack.

And that is about all that was revealed during that was event as media there was not allowed to actually hold the phone, but clearly more details are coming soon.

As a quick refresher, the Nothing Phone (1) is rumored to feature an upper mid-range Qualcomm Snapdragon chip and a price of around $500, way more affordable than your modern-day flagship.

But can a new phone maker enter this already crowded and mature space with established brands that have been making phones for years? Nothing realizes its chances are slim, but will give it a shot. What do you think, does it have a chance?