The Samsung Galaxy M53 is the latest smartphone to land at our office for a full review. Our unit comes in blue color, but there are two more options – green and brown. 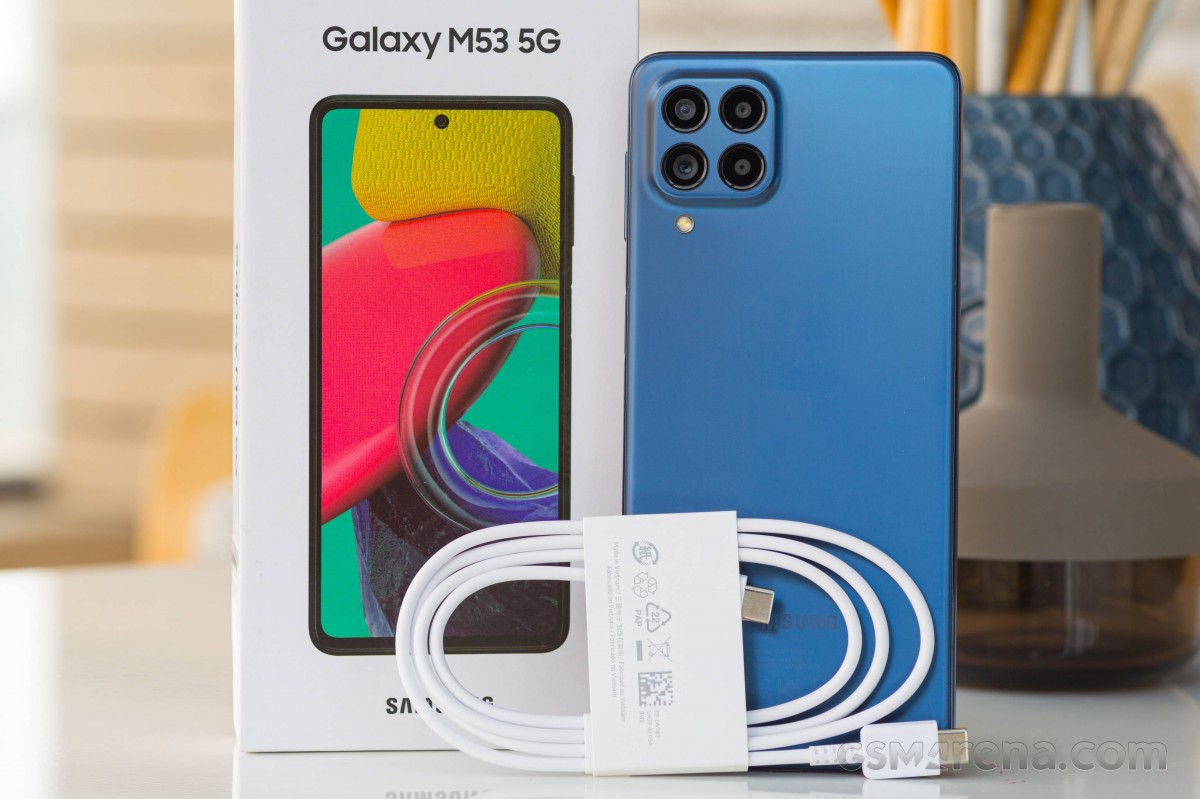 The Galaxy M53 sports a 6.7″ 120Hz FullHD+ Super AMOLED+ screen with a punch hole in the center for the 32MP selfie camera capable of recording 4K@30FPS videos. Generally, you’d expect an AMOLED panel to have a fingerprint reader underneath, but that’s not the case here since it’s embedded in the power button located on the M53’s right-side frame.

Around the back, we have a square-shaped camera island housing 108MP primary, 8MP ultrawide, 2MP macro, and 2MP depth units. The single LED flash is placed below the cameras. 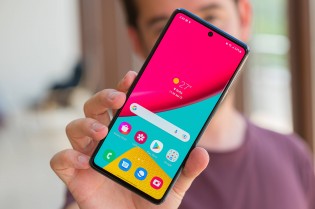 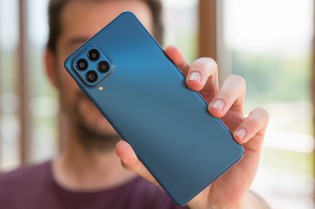 The rest of the Samsung Galaxy M53’s highlights include a microSD card slot for storage expansion, NFC (region dependent), 5G connectivity, USB-C, and a 5,000 mAh battery with 25W charging. However, the smartphone doesn’t come bundled with an adapter in some regions, so you’ll have to shell out extra money to buy one if you don’t have one already. 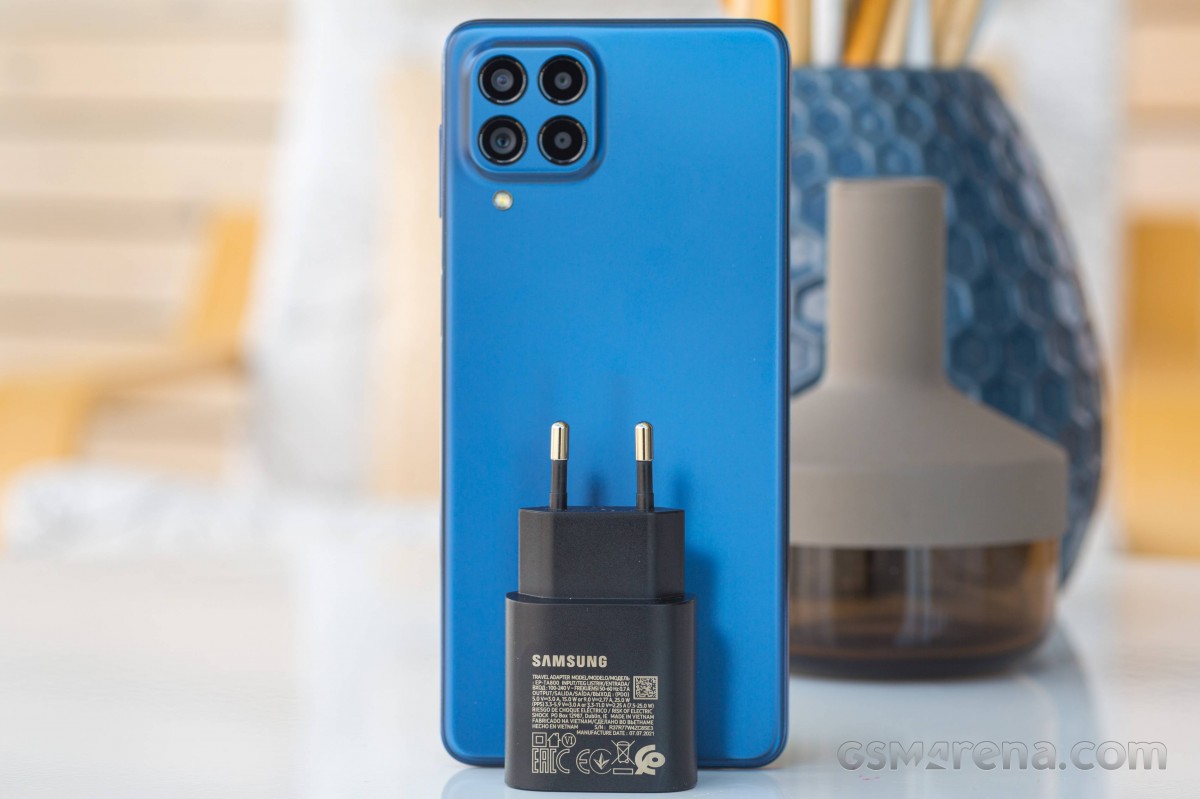 We’ll publish our Samsung Galaxy M53 review in a few weeks, so stick around to find out if it’s worth buying.