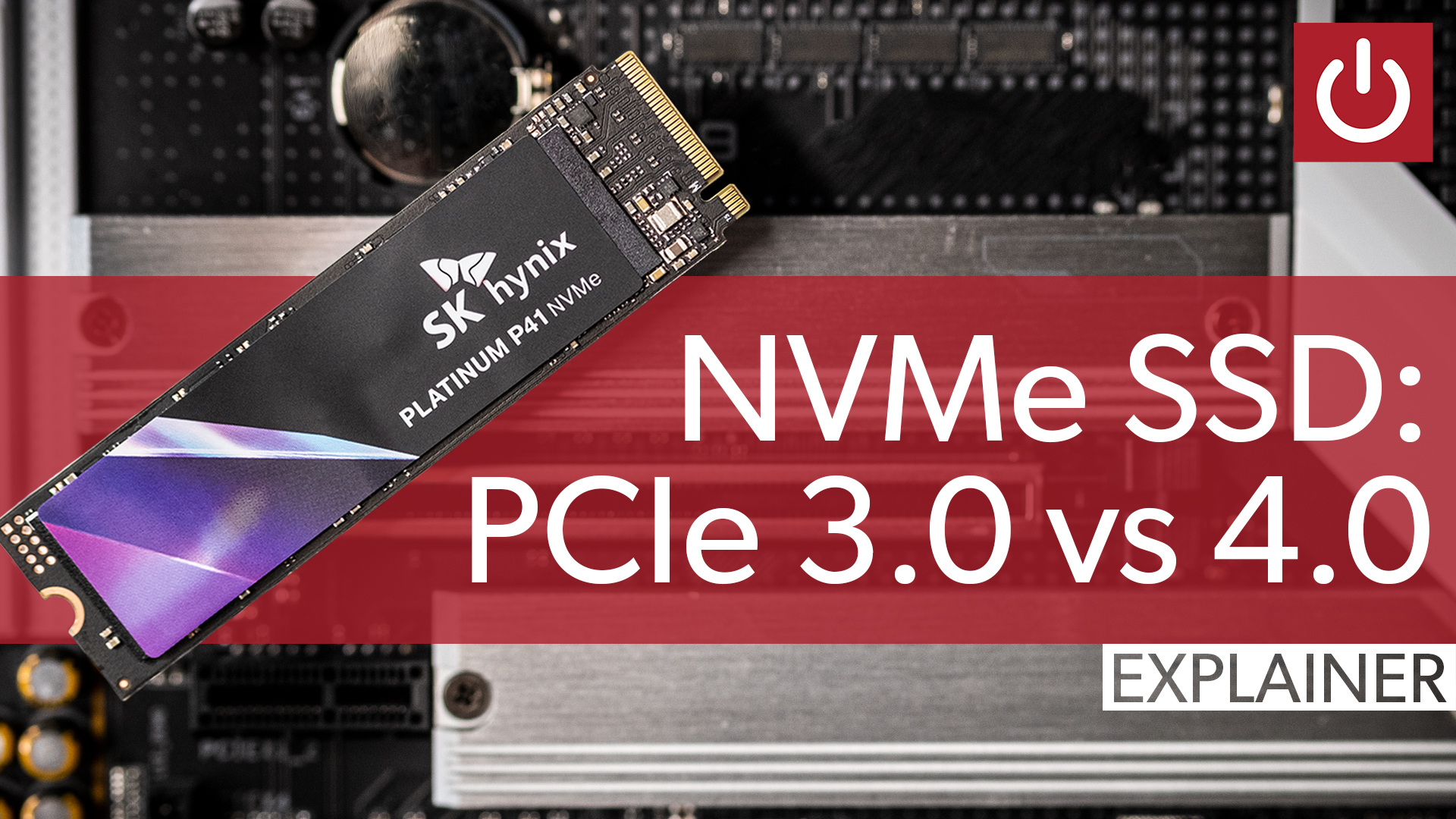 So you’re looking to upgrade your ancient hard drive, or slightly less pokey SATA-based SSD, with a spiffy new M.2 solid-drive. But you’ve probably seeing a lot of chatter about Gen 3 (PCIe 3.0) or Gen 4 (PCIe 4.0) drives, and whether it’s worth it to go with the newer, faster, and more expensive technology. If you’ve got a couple of minutes, let PCWorld’s expert Gordon Ung break it down for you.

Unlike a more obvious and drastic upgrade where you can see the difference in the connector itself, M.2 PCIe 3 and 4 drives look identical from the outside. The difference is the standard in the way they connect to the motherboard, and thus, the rest of the computer. Newer drives are compatible with the newer designs for the Peripheral Component Interconnect Express (PCIe) bus standard. That’s a fancy way of saying they can move data around at a faster rate.

On paper, Generation 4 drives are essentially twice as fast as Gen 3 drives, an absolutely massive improvement. It isn’t the same kind of jump you’d see when going from a SATA hard drive to a SATA SSD, but it’s still a dramatic boost when copying files or doing other operations that lean directly on read and write speed.

Here’s where things get tricky. Unless you’re spending all of your time copying files from one PCIe drive to the other, you’re probably not going to see that huge boost in speed on a regular basis. PCIe Gen 3 drives are already so speedy that in normal everyday operations, like browsing the web, playing games, and managing documents, most users simply won’t be able to see a notable improvement. That extra money spent on a faster drive almost won’t matter. For a more technical breakdown of how that faster speed actually affects your experience, check out this explainer article.

What about the future? There’s where the money might pay off. Microsoft’s new DirectStorage feature allows SSDs to move data directly to a graphics card, bypassing the CPU entirely. This could significantly speed up gaming performance, though we’ve yet to see it actually implemented. This and other upcoming innovations could make a super-fast PCIe Gen 4 drive worth the investment.

But if you’re looking for a boost in speed on a budget (or your desktop or laptop doesn’t support a PCIe Gen 4 connection in its M.2 slot), a Gen 3 drive will do just fine. Leave the more expensive drives to those who are trying for a future-proof build, or who regularly transfer massive amounts of data. Our guide to the best SSDs can point you towards the best drive no matter your budget or needs.