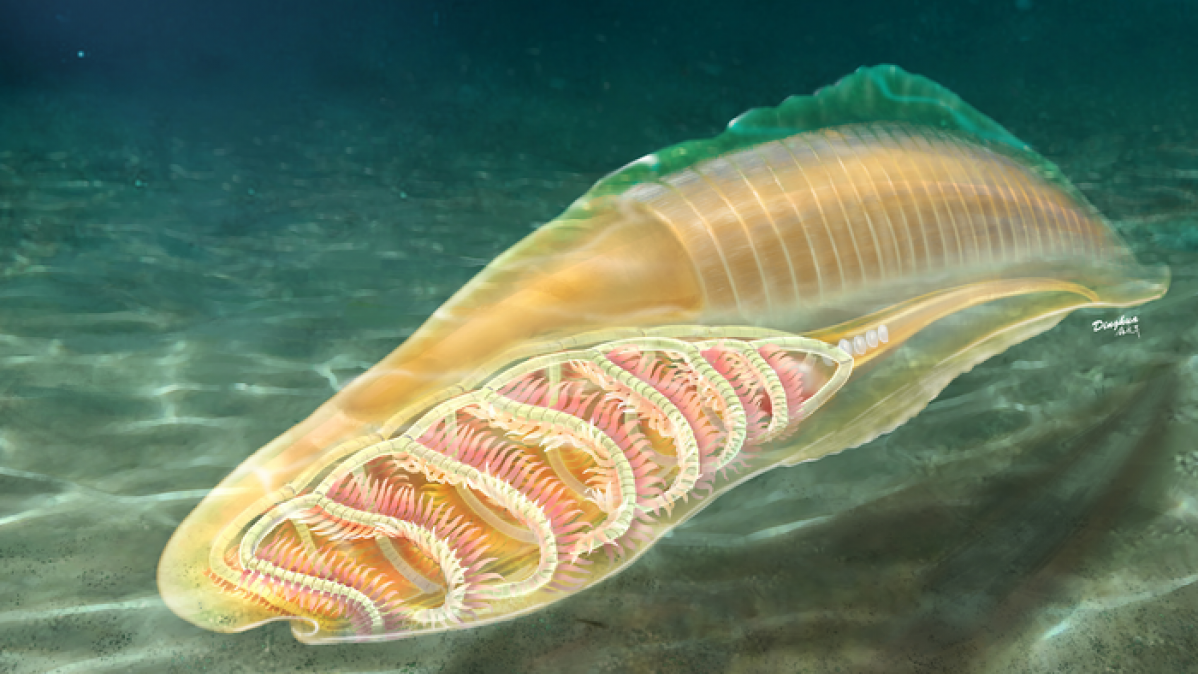 Our deep evolutionary history is coming into clearer view thanks to a new analysis of fossils that are more than half-a-billion years old.

The researchers used advanced techniques, such as x-ray microtomography and scanning and transmission electron microscopy, to study a mysterious ancient animal called yunnanozoans. Some researchers have argued these ancient worm-like creatures are close cousins to some of the earliest vertebrates — our own ancestors from the extremely distant past.

In an article published Thursday in the peer-reviewed journal Science, a team of researchers report data that appears to support that interpretation. In another article published alongside the research, vertebrate paleontologist Tetsuto Miyashita, who was not involved in the new research, says the scientists “present compelling evidence in yunnanozoans for an unmistakable vertebrate trait—a pharyngeal skeleton made of cellular cartilage.”

Paleontologists first came across yunnanozoans in the 1990s while excavating a deposit of fossils from the Cambrian age located in China’s Yunnan province. Similar creatures have been found in the Burgess Shale in the Canadian Rockies. Yunnanozoans had “eyes and a brain at the front end of an otherwise wormlike soft body,” Miyashita says. They probably shared a recent ancestor with the earliest vertebrates, but researchers don’t agree on how closely related they are to the vertebrate lineage.

Yunnanozoan fossils are especially valuable to scientists who study the murky origins of vertebrates because their bodies contain a series of skeletal bars that are somewhat similar to the arches of cartilage that provide structure to the gills of modern fish. They probably served a similar purpose for the yunnanozoans, which used gill filaments to breathe underwater. This series of skeletal bars — paleontologists call it a pharyngeal skeleton — is unlocking evolutionary mysteries that have kept scientists scratching their heads for decades.

Unfortunately for researchers, the earliest vertebrates didn’t have hard bones that fossilized easily. Pharyngeal skeletons are the next best thing. “Of all the internal structures of the earliest vertebrates, pharyngeal skeletons perhaps stand the best chance for fossilization given their robustness,” Miyashita says. They are also one of humans’ most direct connections to yunnanozoans. Though many modern vertebrates don’t have gills, land-dwelling vertebrates have pharyngeal slits during early stages of development. In humans, they disappear before birth, but the tissue continues developing into structures in the head and neck, including parts of the ears and jaw.

It has proven extremely difficult for paleontologists to determine the exact connection between the yunnanozoans’ pharyngeal skeleton and the pharyngeal slits in modern vertebrates. While the researchers don’t offer an exact explanation, their interpretation of the new data supports the idea that “all pharyngeal arches originally supported gills and that one of them evolved into a jaw,” Miyashita says.

Huge questions remain about the origin of vertebrates

When it comes to understanding where, exactly, vertebrates came from, Miyashita warns there may not be any easy answers. “Although evolutionary biologists have been busy chasing the mythical ancestor that explains everything about the vertebrate body plan, perhaps the opposite is a sensible approach,” he writes.

“In other words, the meandering journey toward modern vertebrates may be best understood by populating the family tree with divergent and discontinuous anatomical forms,” Miyashita says. Answers about our deep history might come in the form of small inferences rather than the development of a grand theory.