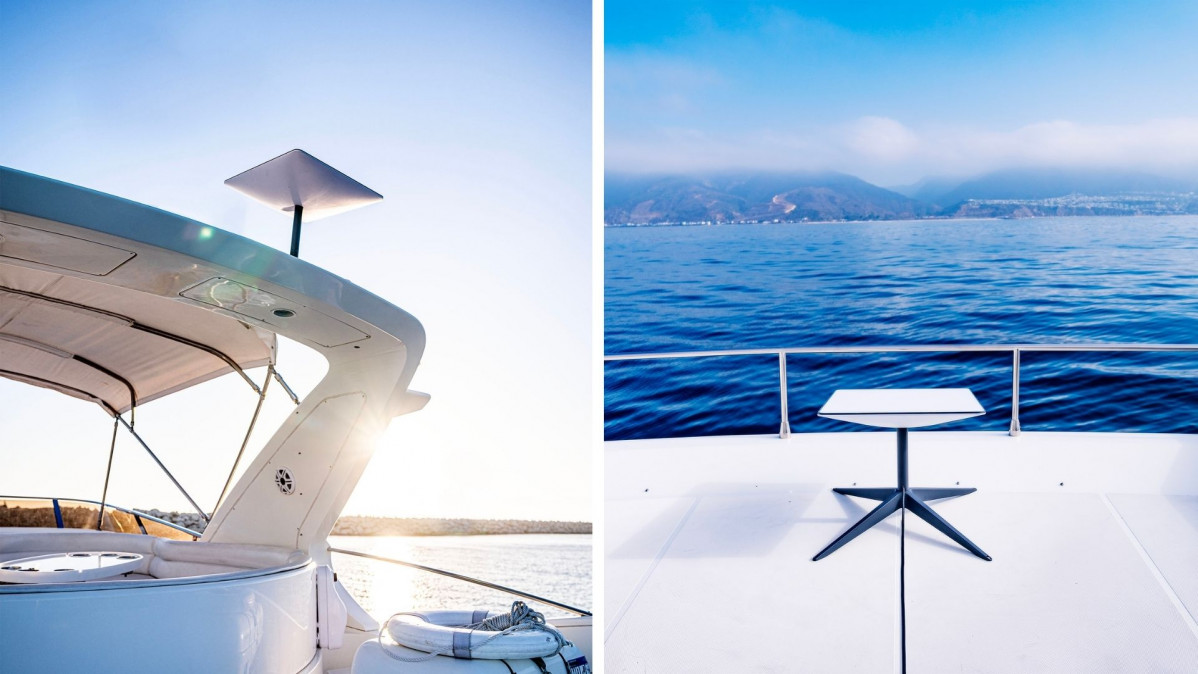 SpaceX’s Starlink has launched a new version of its internet satellite dish for boats, ships, and yachts, only a few days after the FCC gave it permission to provide internet service to moving vehicles.

The new service, announced on the Starlink website, adds to the internet provider’s growing list of new tiers. SpaceX added an RV tier in May for an additional $30 per month.

Starlink Maritime, by contrast, will set boaters back a whopping $5,000 per month and the hardware will cost $10,000, according to a press release.

Starlink Maritime will come at a premium because users will receive a special dish designed to withstand harsh seas.

On its new Starlink Maritime web page, SpaceX provides proof of the new technology’s ruggedness by showing a side-by-side of live video captured of a Falcon 9 booster landing out at sea without and with Starlink.

The hardware allowed for a much smoother stream and higher video quality of the rocket landing out on the Atlantic. It was also shared on Twitter (watch above).

SpaceX CEO Elon Musk, meanwhile, tweeted that the Maritime antennas are “dual, high performance terminals” that have the power to maintain connection in rough conditions at sea, even during storms. Musk added that they can withstand “relentless salt spray [and] extreme winds [and] storms.”

In response to a tweeter balking at the cost of Starlink Maritime, Musk also said SpaceX had previously been paying $150,000 a month for “a much worse connection” on its droneships.

Starlink says the Maritime tier delivers up to 350 Mbps download speeds while at sea. The company recently also signed an agreement with the Royal Caribbean Group to provide Starlink internet aboard its cruise ships.

Much like Starlink RV, customers can pause Maritime when not in use, and Starlink says the monthly fee can be easily canceled, meaning no year-long contracts or committing to thousands more in fees than required. The move will please price-conscious consumers, seeing as it costs much more than the standard Starlink service. The standard tier is priced at $110 per month with an initial hardware cost of $599.

It was only a few days ago that the Federal Communications Commission granted approval for SpaceX to use a new class of terminals, allowing it “to meet the growing user demands that now require connectivity while on the move.” SpaceX has wasted no time in releasing its new service, though Starlink Maritime coverage will be limited to start with.

The Starlink Maritime page mentions users will be able to connect from remote waters across the globe. It’s worth noting, however, that SpaceX is still working on expanding Starlink availability — more coverage is coming in the fourth quarter of this year and in 2023.

Right now, Starlink Maritime will be available off the coast of the U.S. (not including Alaska), Europe (though most of Norway, Sweden, and Finland won’t be covered), Brazil, Chile, and most of southern Australia, and New Zealand. It might not be constantly available for sailors making their way around the world’s oceans, but it may not be far off either.