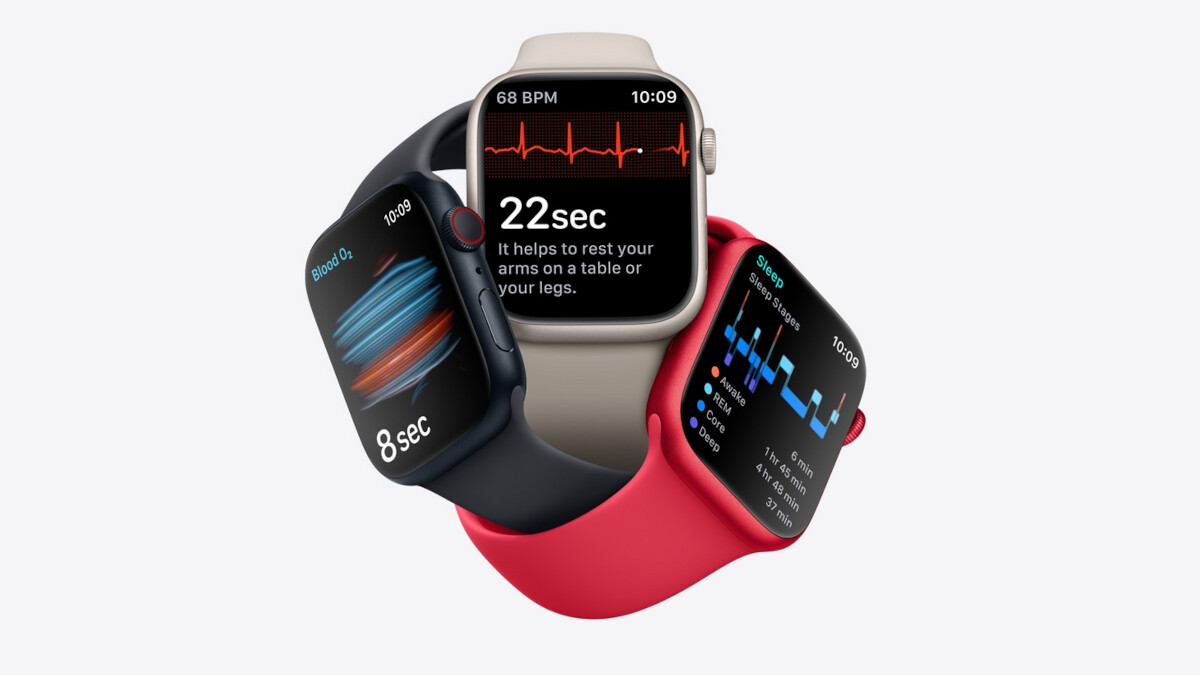 Some things never change. The just released Apple Watch Series 8 has just saved its first life continuing the product’s reputation as a device that not only is equipped with many features but is one that also can alert users when they have a serious underlying condition. In fact, during the now epic “Far out” event earlier this month, Apple CEO Tim Cook introduced a video of Apple Watch wearers narrating letters they wrote to the executive about how the timepiece saved their lives.

According to 9to5Mac, the latest incident took place when a gentleman named Jason Smith received a call from his dad. “My parents were going away for the weekend to Chester (that’s in the U.K.) when I received a call from my dad to say that Mum wasn’t feeling well at all,” Jason recalled. “He said she felt very dizzy and as though her heart was pounding — I told them to pull over and that I would be with them as quickly as possible.”

When he arrived at his parents’ location, he took his mother’s blood pressure and she said that she was feeling much better. Jason then came up with a brilliant idea. “I then took my Apple Watch Series 8 and placed it on her wrist to perform an ECG. This is when the Watch alerted us to say it had detected atrial fibrillation and to seek medical assistance immediately. I proceeded to take three more ECGs to rule out any false positives, but each one reported AFib with a resting heart rate above 160 bpm.”

Jason took his mother to the nearest emergency room where the doctors said that she needed treatment immediately. Admitted to the hospital for treatment and then discharged, Jason’s mom is now fine and she will need to be on certain medications for the rest of her life. And once again, the Apple Watch is the hero. As Jason says, “The NHS (National Health Service) specialists that looked after her said that if it wasn’t for the Apple Watch, there’s a high probability she wouldn’t have made it through the rest of the day.”

When you hear doctors telling you things like that, it isn’t hyperbole. The Apple Watch has a proven track record. By the way, AFib, which can be discovered using the ECG feature on the timepiece, is an abnormal heartbeat caused by both fast (over 400 beats per minute) and irregular heartbeats in the organ’s upper chamber. AFib can lead to blood clots, strokes, and heart failure. Obviously it is a very serious condition.

By the way, guess who is in the market for an Apple Watch of her own? Yup, that’s right. Jason’s mom plans on purchasing one. She has three options this year starting with the Apple Watch SE (2022) which is the lower-priced “budget model” priced at $249 and up. The Apple Watch Series 8 is priced at $399 and up, and the premium “rugged” Apple Watch Ultra will cost you $799.

Besides being able to perform a one-lead electrocardiogram, the Apple Watch Series 8 also monitors your heart rate, notifies emergency services in case of a car crash or a fall, and will also measure your blood oxygen percentage (SP02). The Apple Watch also tracks your sleep. And if you are thinking about starting a family, it can provide an estimate of the last time that a female user ovulated. Apple states that “When combined with your heart rate and logged cycle data, you’ll get a detailed view of your menstrual cycle.”

With all of the amazing things that the Apple Watch can do, the most important is its ability to get you medical and emergency help when you need it the most. Jason and his parents would surely agree.